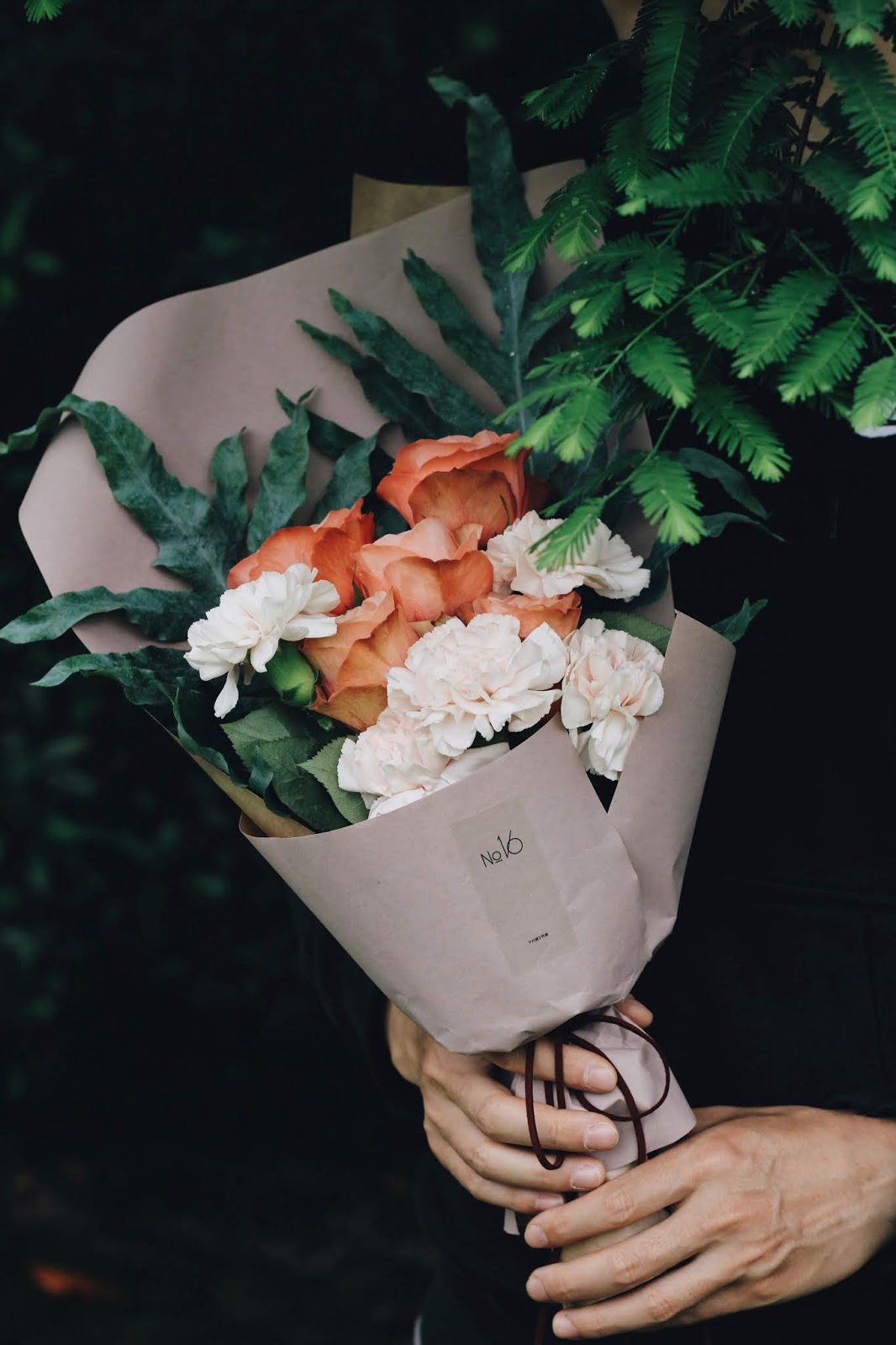 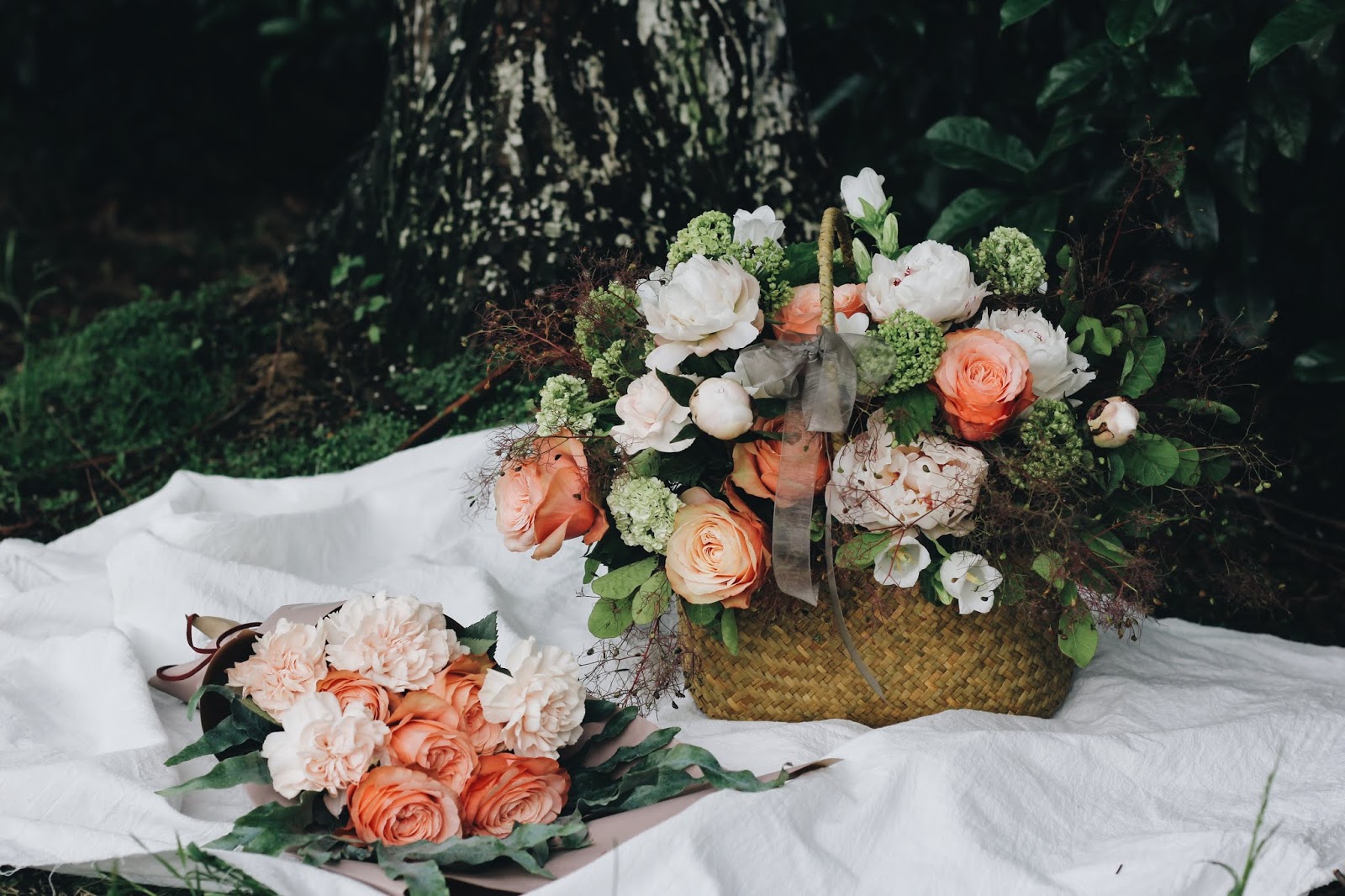 #GoneGreen2016 Day 39 / 365
My first introduction to the slow flower movement was on a dreamy organic estate in England called Dean’s Court (I wrote about HERE).


I was on a shoot styled by the amazingly talented creative, Kelly-Marie Burdekin, who had created all the flora based props from seasonal perennials grown on the grounds. Before this moment, I hadn’t thought about the ethics nor sustainability of the floristry industry.


Growing up
in Canada, there is an abundance of florals available in the Spring and Summer, but in the Autumn and Winter, there are few blooms that brave the cold. So, when I bought flowers in the colder months, I figured farmers had grown them in greenhouses locally. To me, flowers seemed too delicate and frivolous for
travel, and thus, logically and financially ridiculous to import.

THE PROBLEM WITH CONVENTIONAL FLOWERS

Turns out my assumptions were ignorant, and the impact of a seemingly simple floral arrangement was far greater than I could have imagined.


Due to the low-cost of imports which supply the majority of the flowers we buy from our florists, 50% of U.S flower farms have gone out of business since 1992. Currently, the U.S imports around 80% of flowers sold adding up to around 40,000 boxes of flowers arriving daily, with that number jumping to 80,000 – 120,000 on Valentines and Mother’s Day. Which means around seven flights daily, six days a week to bring these blooming beauties from where they’re grown, to where they’re bought, and eventually thrown out.
Strangely, it’s not really a question of supply and demand, it’s about consumer education. There are over 1,500 flower and foliage farms in the U.S who farm using
sustainable practices, and they have the capacity to provide enough fresh, seasonal, unique and fragrant
varieties of flowers to feed our floral addictions. We just have to vote with our coin and show the florists that we want to buy local.


WHY ARE THE MAJORITY OF U.S FLOWERS IMPORTED?
One might wonder why the flower industry ever took this turn, turns out, it’s cocaine.

The flower industry only began shifting this way in 1991 when the Andean
Trade Preference Agreement was enacted, it was in part caused by the U.S
Government’s so-called “war on drugs” which had made efforts to shift
agriculture in South American countries from cocaine production to a crop of
similar value – and that crop was flowers, especially roses, carnations and
chrysanthemums.
This move put a hiccup in the cocaine cartels and also devastated the local floral
industry. To top it off, the new move added to the havoc being reaped on both humanity and the planet as it encouraged low labour costs and low-cost productions with
zero environmental regulation enforced. The chemicals and pesticides used on the flowers to keep the crops plentiful and alive for their aeroplane ride and distribution now guarantees that each time you take a whiff of your gorgeous bouquet, you’re inhaling a shit ton of chemicals which also happen to be a weapon against bees and other insects important to biodiversity.

HOW CAN YOU SUPPORT SUSTAINABLE FLORISTRY?
Luckily, the Slow Flower movement is gaining genuine growth
as conscious consumerism begins to flourish, even in areas where winter frost threatens to halt flower production altogether, companies like Len Busch Roses in Minnesota are growing sustainably, through the winter, in greenhouses which are powered through cooperation from local municipalities which allow them to generate greenhouse heat from donated
landscaping cuttings.

Even if you’re not in reach of Len Busch Roses’ conscious creations, Debra Prinzing has some suggestions:

“ Sourcing locally in
the winter isn’t easy for many North American florists, but I’m inspired by
many creatives whose arrangements use live houseplants (succulents, orchids, begonias) and forced bulbs (amaryllis, narcissus) as well as dried
flowers and gifts from nature like boughs, branches, pods and twigs. Everyone
has their own ethos about local and domestic sourcing and I admire how much
creativity comes from florists who limit their radius to, say 200 miles, even
in the winter.”

HOW TO FIND ETHICAL AND SUSTAINABLE FLOWERS?

1. Ask your florist/grocery/wholesaler for locally
grown flowers, if they don’t have them, tell them you would love to see them supply some local options

2. If you’re buying in a grocery store, look for origin-specific labels
3. If neither your local florist nor your grocery store can provide you with sustainably sourced local flowers, try visiting:
[USA] SlowFlowers.com for some terrific sources for organic and locally grown bouquets.
[UK] The British Flower collective has some wonderful floral stylists too.
[CANADA] Design Sponge has a great list of local florists in the U.S.A and Canada
4. If that doesn’t work out either, buy your partner seeds to plant in the spring or a gift certificate for a local floral shop for when their favourite flowers are in season!
I couldn’t have written this article without the help of Debra Prinzing and Kelly-Maria. If you’d like to learn more about slow flowers, follow Kelly-Marie on her blog and instagram. You can also listen to Debra Prinzing’s podcasts or order one (or two!) of her books.

Ad (funding our purchase of insulation for our hom