Last Christmas, I wrote a post which summed up my frustrations with the type of misdirected media fueled activism we as an online community so readily embrace. It was written in response to Starbuck’s red cup debacle (they made the cup red instead of red with reindeer or something, and the internet went off accusing them of being anti-Christian). The piece was called: ‘Why Starbucks is an asshole, and so are you“, and I received quite a lot of positive feedback from it, alongside a few messages from people who were personally insulted by my language and defensive of their habits. Calling people “assholes” isn’t my usual modus operandi, but sometimes, just sometimes, words mama don’t like are appropriate, if not perfectly poignant, to throw around as feather rufflers. 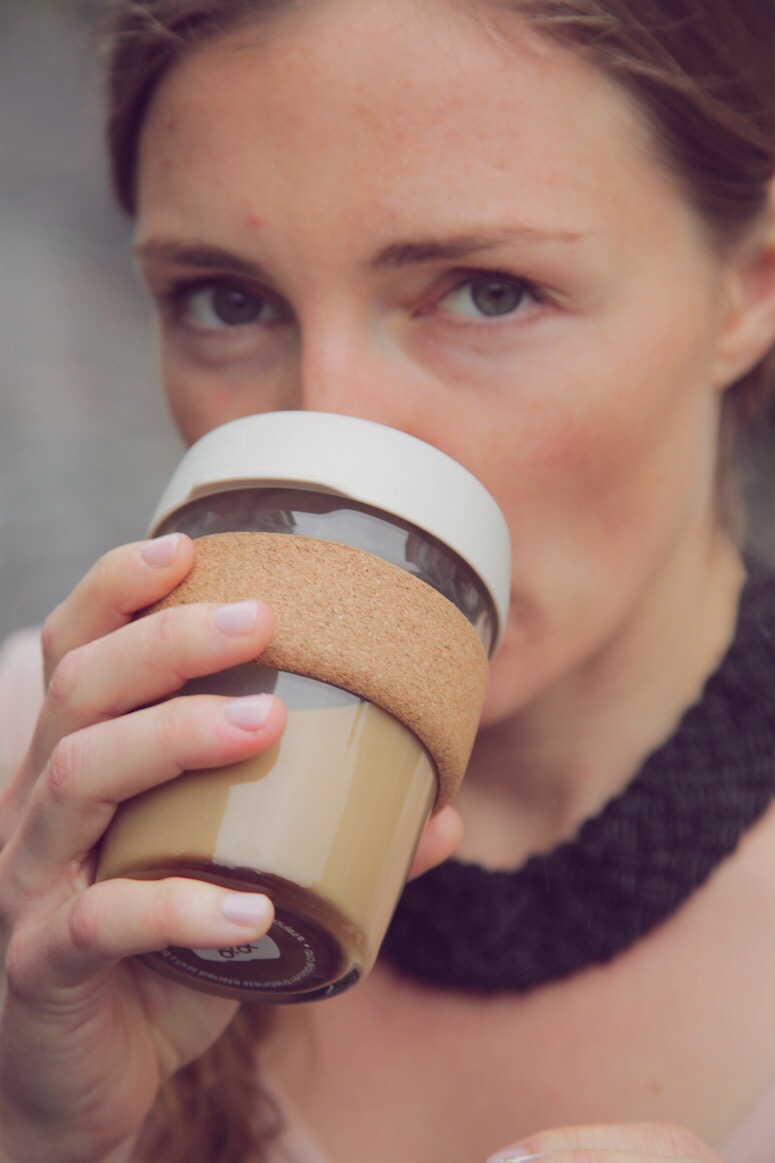 In the article, I shared my astonishment that the colour of a cup and what it did or didn’t have on it could cause such controversy, while the real pressing issue of the cup and all cups like it, went completely ignored. I was pointing fingers at myself as much as everyone else, for the routines we’re too lazy to change despite knowledge of the negative effects of our actions.

There is a certain lack of personal responsibility that we as a society embrace. A laziness and defensiveness which keeps us from growing as individuals and a community, and evidently is the cause of the demise of this planet we call home. We’re killing it, with full knowledge how, but refuse as individuals to be the change this planet needs to see, if it, and consequently we, are to survive.


[THE PROBLEM]
Most in the western world, including myself, have gotten to-go coffees in to-go cups numerous times in our lives. Most of us have done this believing that these cups are recyclable and therefore there is no issue with our action. In our eyes, something being recyclable makes our actions neutral. Now, even if coffee cups were recyclable (which they’re not), the production and reproduction of these cups, like any other material known to man, costs as the act of recycling alone drains resources. Coffee cups take 50 years to break down due to the polyethylene plastic which keeps the paper cup intact. This is true for Starbucks and every other company selling to-go coffees anywhere in the world, even your local hipster joint with those clever quotes and moustached men are contributing to the problem.

[SUSTAINABLE SOLUTION]
There are compostable to-go cups available, which is why it is so surprising that businesses’, (especially businesses like Starbucks which are selling more than 4 million cups of coffee around the world, per day) don’t just make the switch. I assume, they, like most people, are unaware, or don’t care what the impact of their actions and processes are.

We can stamp our feet and put responsibility in the hands of the businesses which provide us with our daily dose(s) of caffination, but the solution is actually much more simple. Whether you’re attempting to be a better steward of the earth or not, if you’re a coffee (tea / hot chocolate) drinker, and doing it on the go, you have a responsibility to the planet and all future generations, to edit your habit for the better. None of us should be using products multiple times a day which are going to take half our lifetime to fade away.

There are thousands of choices within any budget of objects in which you can port your drinks, hot or cold, without impacting the planet poorly, all you have to do is choose which one and stick with it.

[BRANDS MY FAM & I USE AND RECCOMEND]
– My sister Maya (who is also a blogger), my husfriend, my sister Emma, and I all have a KEEP CUP.
– My Dad and his partner convert his KLEAN KANTEEN with one of their coffee lids which you can replace the twist lid with.
– My mum and her partner use  STANLEY ONE HAND VACCUM MUGS, she also has a CONTIGO cup, as does my sister Emma’s boyfriend John.
– My big brother, James, has your run of the mill TRAVEL MUG
photos: Shane Woodward