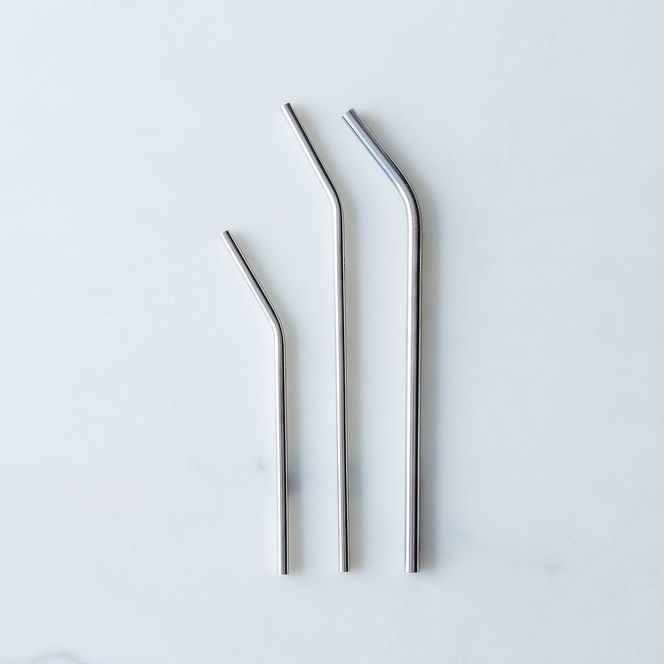 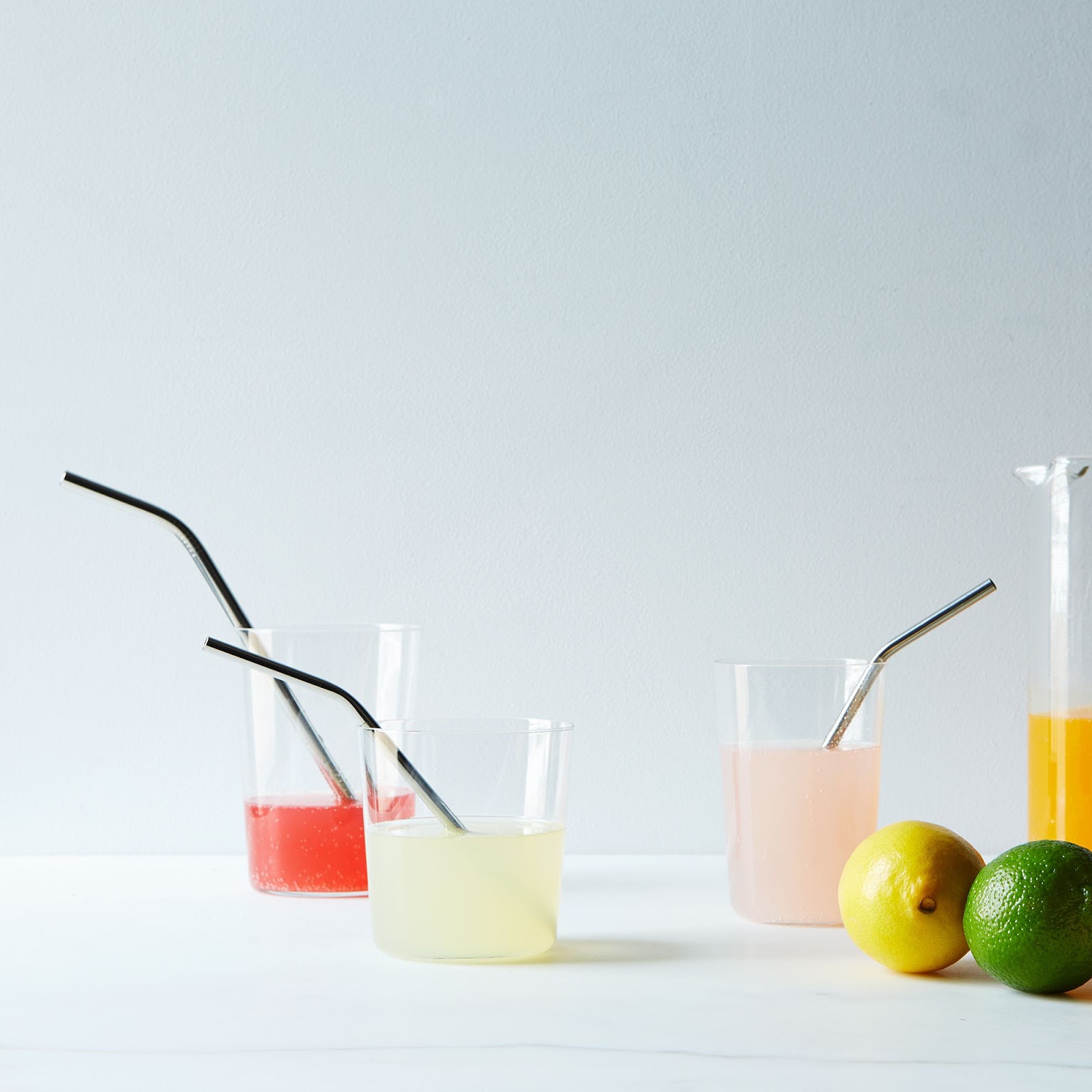 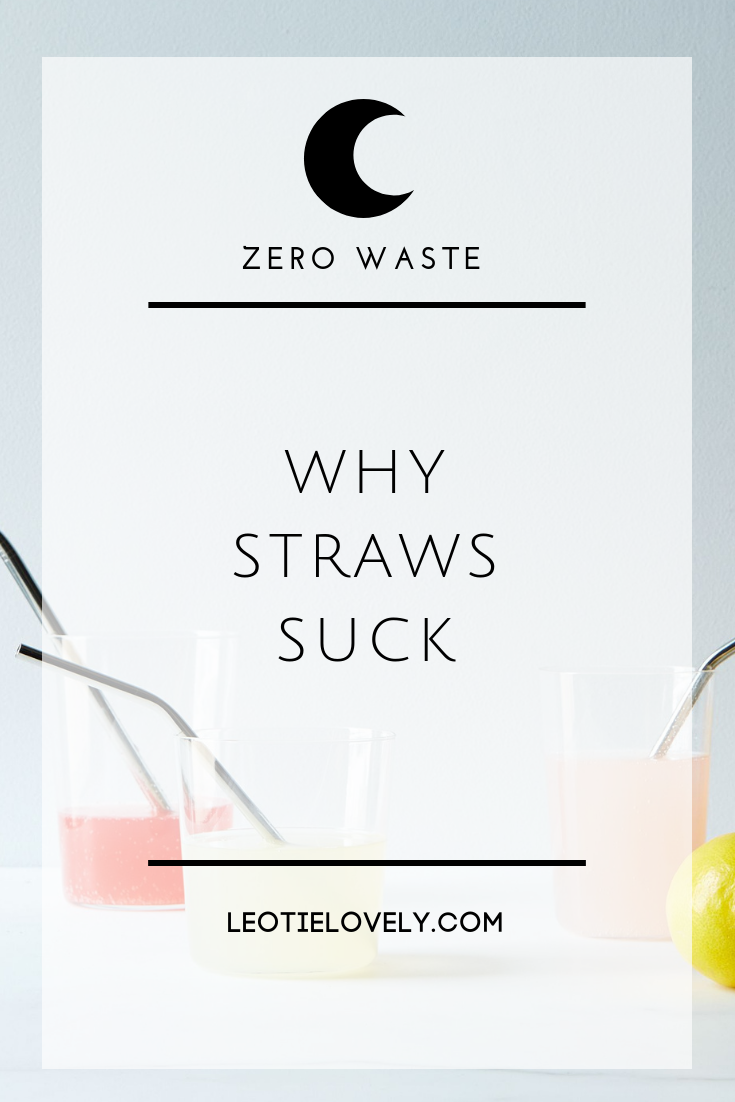 A STRAW STORY
Just this weekend, having previously researched the subject of straws, and more importantly had my heart turned inside out by this video, I found myself with a cocktail in my hand and a hot pink plastic straw swirling out of it.


I was at my local cafe / bar, Rosa Bonheur, which is located in the middle of one of Paris’ most magnificent parks. It’s a lovely place to work from or pass the evening with friends in, but it is by far the most wasteful restaurant I’ve visited in Paris as they serve every damn thing on the menu, from water and coffees to booze and food in non-reusable, plastic containers. Doesn’t matter if you stay-in or take-away.

The daytime issue of coffee cups had been easily remedied by me carrying my Keep Cup, but an unplanned evening return had me plastic-ing it up in a big way, and I wasn’t best pleased.

I looked at the straw and then at the bartender. He was about my age, wearing a neon t-shirtt, along with a backwards hat and a nose ring. I exhaled, and speaking in a tone that could only be compared to that red-haired biatch from the film Clueless, I said:


He looked back at me with a cold stare, and saying nothing, reached to my cup and took the straw out, maintaining the eye contact of a bored cowboy the entire time. He then tossed the straw bin beside him which was already overflowing with plastic.


He raised his eyebrow, and with the stubbornness of a 5-year-old responded:


I immediately contemplated slapping him.


There was a moment longer where we stared at each other like two boys about to start a bar fight, the pink disco ball which spun above us making us look like bonkers barbies.

“Meck”, I said again. * Just for reference, it is uncommon to use the word ‘Meck’ (buddy) in French as a female, and even more uncommon to use it as a pronoun regardless of your sex. My husfriend, who is American but bilingual does it, and I tend to copy his intonations as he’s my language parent.

I continued my attempt at repairing, what I’d broken, apologising for my tone and launched into an explanation about why straws aren’t as gangster as they look. He maintained his same “don’t give a fuck” stare, looking at me with disdain, allowing me to maintain the urge to slap him throughout my monologue. Out of nowhere, one of his colleagues, who I guess had been listening in and perhaps reading my mind, hit hip upside the head and told him to “arrete de faire le con” (basically, stop being a dick).

The guy sort of snapped out of it at that point and looked surprised, “J’ecoutais, et imaginer les tourtues” (“I was listening, and imagining turtles” – I’d been telling him about the turtle below).

All three of us sort of looked at each other with confusion, and at that point one of my friends wandered in and interrupted our strange encounter. I picked up my drink, flashed the bartenders the peace sign (which I never do) and wandered back outside to my friends who were happily frolicking under the stars. A while later, I was deep in conversation and a drink was placed in front of me, without a straw, I looked up at the girl who delivered it, “it’s from him”, she said, pointing through the window at the bartender I’d come close to slapping, he was looking at me with a full grin, then crossed his fingers to make an x and charade-ed a straw sippin’ action by pursing his lips, he then laughed, flashed me a peace sign and turned back to his waiting customers.

Though I was super appreciative of the end game to our straw strife, I remained dumbfounded that places like Rosa Bonheur exist, full of heady millennial left wing hipsters, surrounded and supported by the most beautiful slice of nature Paris has to offer, and they’re making their money while simultaneously ruining what’s there to support them.

It’s up to educate ourselves, and in the least annoying way possible, educate others (which I might not be the best at doing). All you need to know are the basics, which are outlined below, and do your best, without being a jerk like me, to adjust your habits.

Plastic straws have caused huge pains to animals, if you’ve seen this youtube video of a plastic straw stuck in a tortoise’s nose, you’ll understand why it’s such a selfish product for us to use. Straws are hugely harmful to the environment and to wildlife, yet each day we use 500 million straws, enough to fill over 46,400 large school buses per year.

THE SOLUTION
If you’re a straw user, start carrying around your own, there are some great ones made from stainless steel and they’re small enough to fit in your pencil case or makeup bag. Try to make sure when you order a drink at a bar, restaurant, cafe or smoothie bar that you say ‘no straw, buddy’ too, and use your own, or nothing, instead.