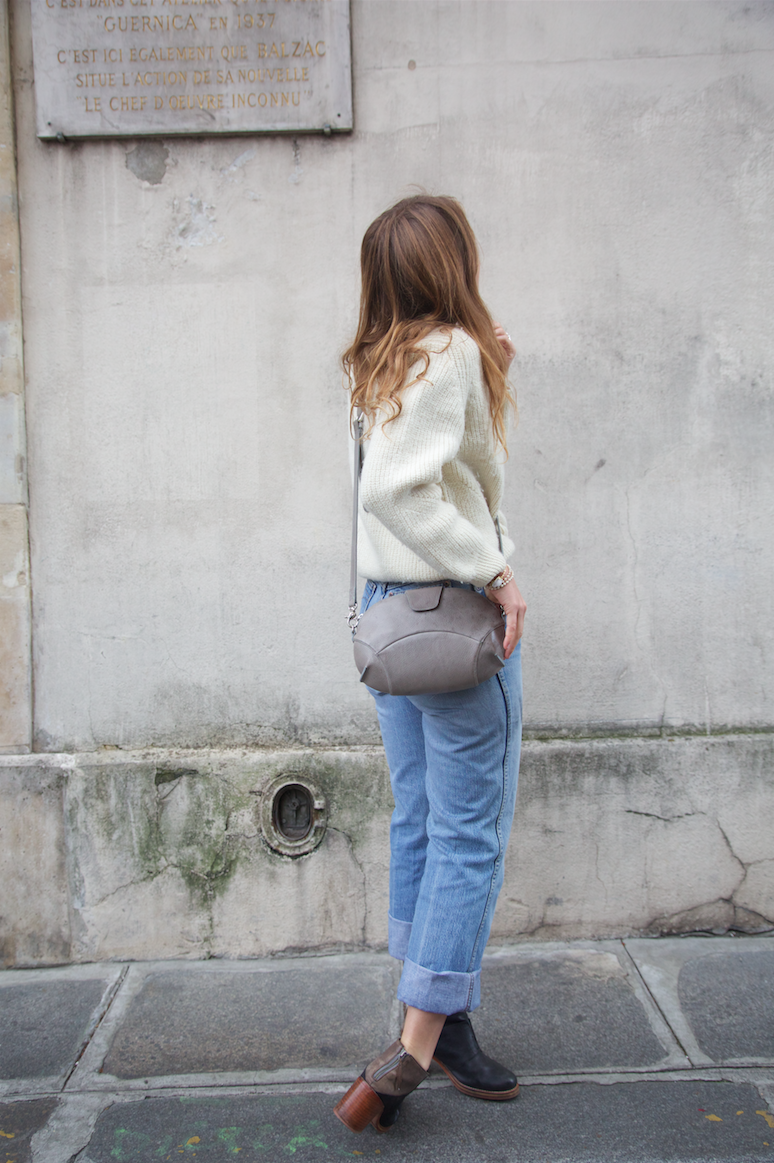 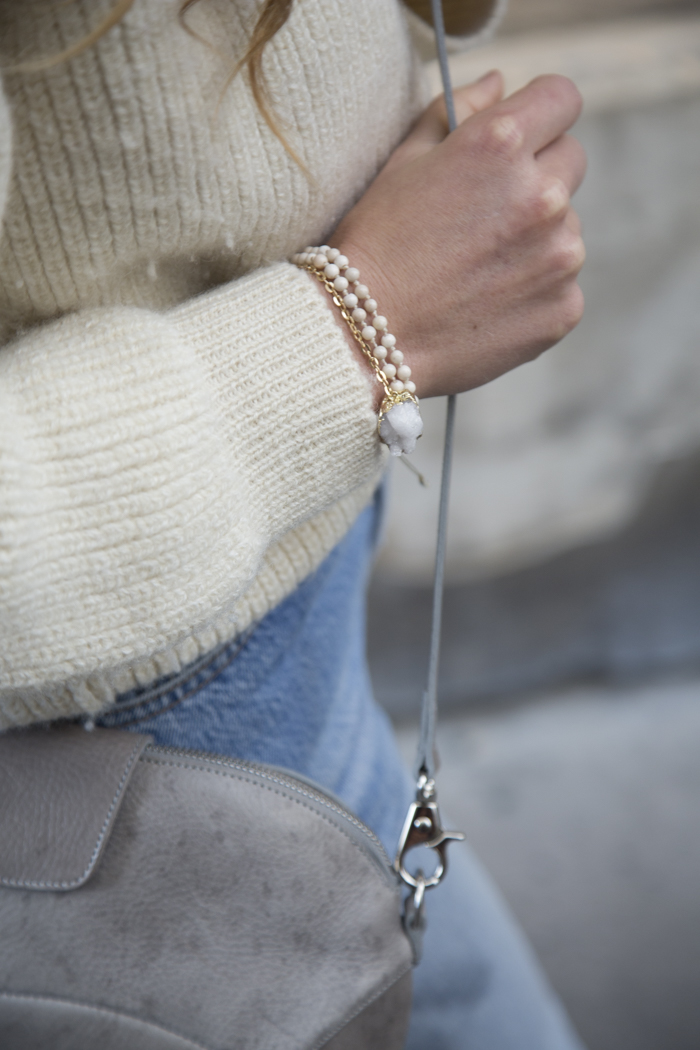 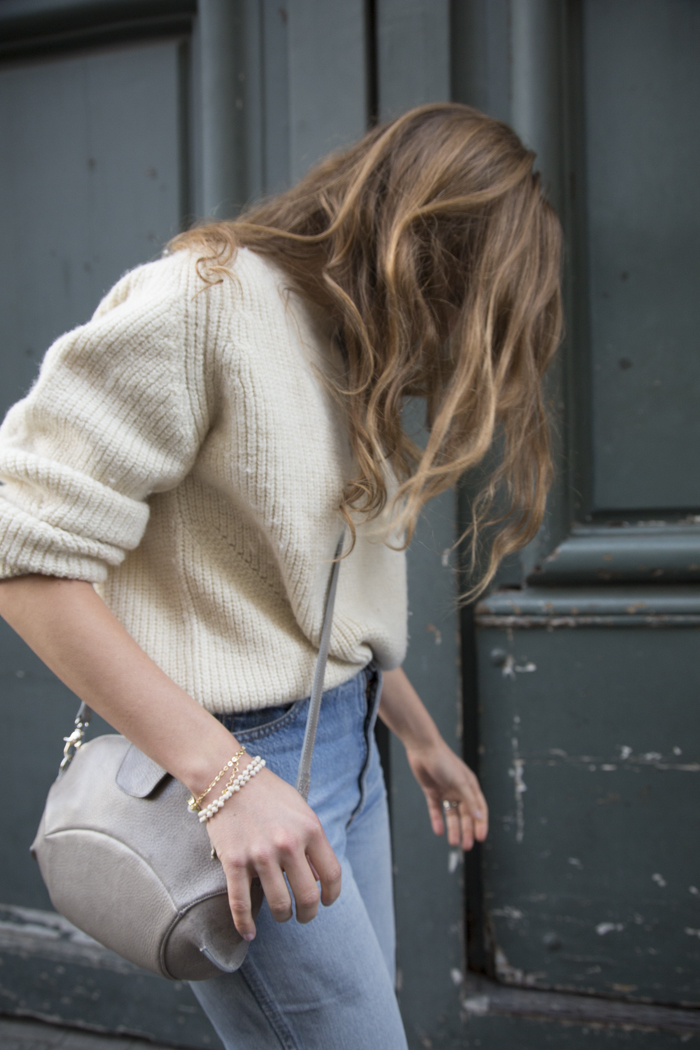 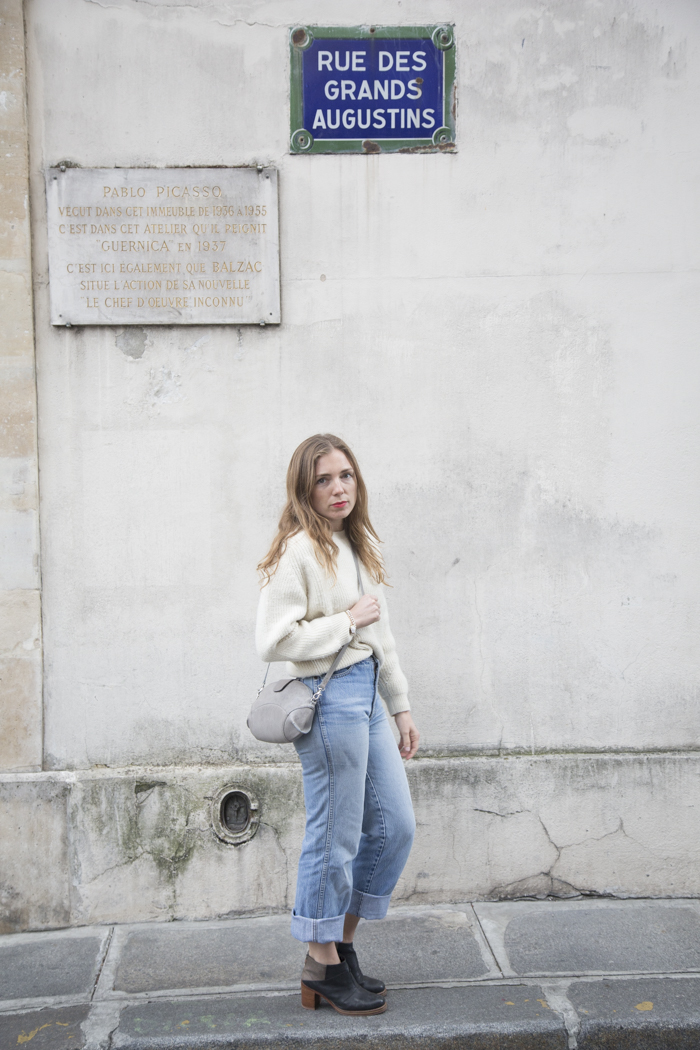 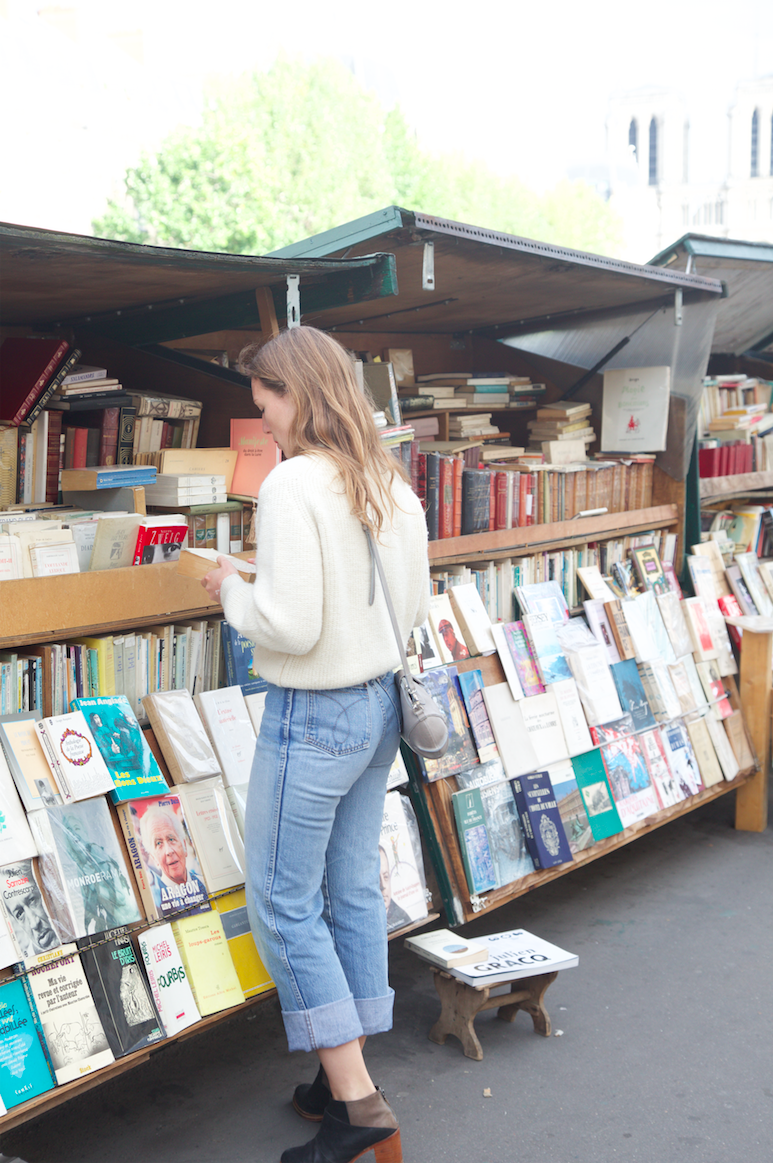 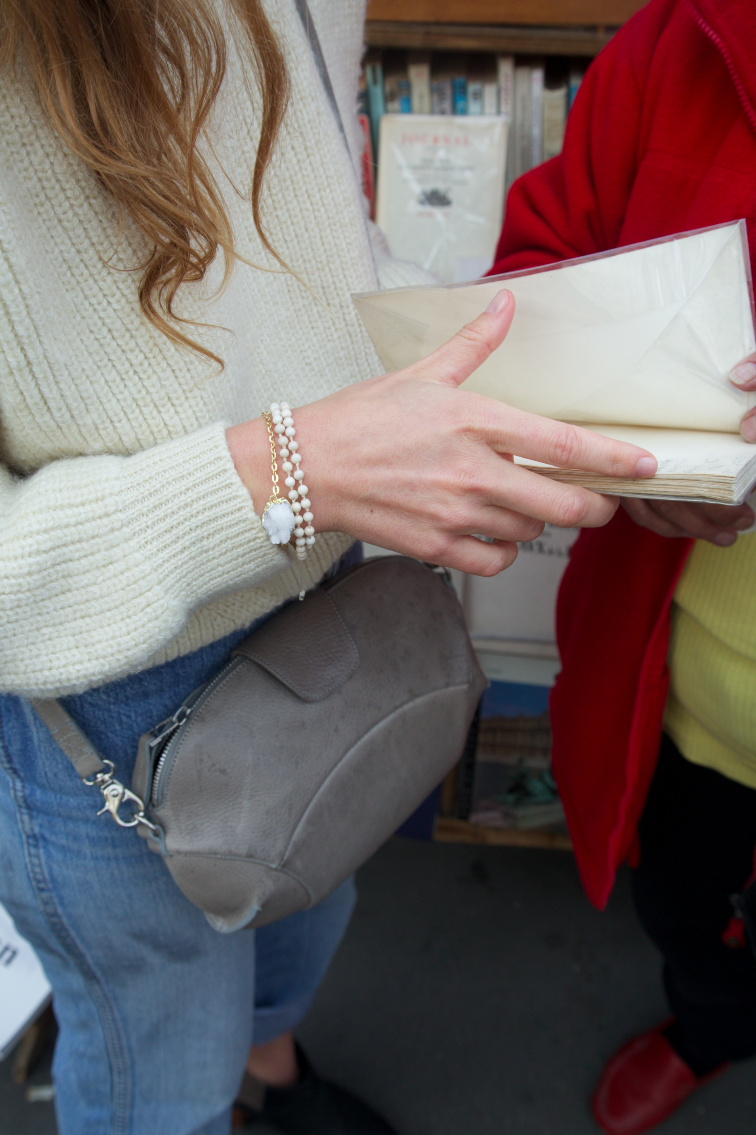 Brought to life in structured shapes of sustainability, comes a collection quite consciously created. Each piece is internally strengthened with leathers upcycled from the discards of other’s creations, then lined with organic cotton, and topped with vegetable tanned leathers making use of a byproduct from French bovine production.

Designed by Sonya Kashmiri, each piece is an attestation to the quality of craftsmanship, made to last multiple generations. Upon meeting Sonya in London, a genuine gal delightfully filled with determination, I was presented with a bag in my own favoured warm tones of grey.  Coincidently, it had been christened with one of my own given names, called ‘Alicia’ by Sonya after one fo her favourite strong independent ladies (Alicia Florrick in the Good Wife) … while mine was chosen for me by my own creator who was inspired a cousin of Laura Elizabeth Ingalls Wilder from Little House On The Prairies.

Inspecting the carefully crafted creation you quickly see how majestic it is in its own modest way, its shape unique but natural, equal parts subtle and intriguing, designed to become more beautiful with age. Usability seems like an obvious thing, but as a person who has tried my hand at designing, I can attest to how perfectly put together this one is. The detachable and adjustable strap leaves you the option to transform the casualness of the cross body to the elegance of a clutch in the flash of a few clicks. The zipper is strong but flexible enough that you can open and close it one-handed (to me an important trick), while the magnetic top isn’t just for aesthetics but deters prying fingers when hands are full (ie// airport security) when you need your gear accessible on the ready.

I’ve worn mine daily since it was gifted to me, through the fall tones of Paris, the cold of London, and the summery vibes of Barcelona, Spain. And as you’ll soon tell from my instagram feed, it goes well with every damn thing.

You can get your hands on one of Sonya Kashmiri‘s beautiful creations on her website, HERE.

** This item was given to me as a gift!
** LEATHER: Though many may have issues with the use of animal product, I stand firmly behind the idea that it is too wasteful and does too much harm to our planet to not use the byproducts of meat production. This doesn’t mean I stand for the cruel treatment of animals, quite the opposite in fact, but until the world stops eating meat, responsibly sourced byproduct vegetable tanned leather (ie// from UK, France, Italy, Spain) is better and less cruel in many ways to the animals and the planet overall than the non-biodegradable toxically dyed faux leathers which have popped up as a so-called replacement – but does not follow the circular story needed to become truly cruelty-free. There are tons of alternative leathers which are biodegradable as well, but I share the beliefs of Indigenous peoples until reduction in meat consumption makes animal byproducts a thing of the past.

Indigenous people lived in balance with the animals. They were treated with respect when alive and after. Tipis, water bags and drums were made from the buffalo skin, the hide was used for bedding, blankets, winter coat, and drums. The flesh was used for food, the horns for spoons, knives and weapons. The sinews made bowstrings and thread, ribs fashioned into sledges for children and hoofs became rattles. Nothing was wasted. We’re so very far away from that culture, the one which a circular story of respect, and a product which could return to the earth at the end of its lifecycle to biodegrade.
Sonya, the designer of this bag told me that the cost of bovine byproduct leather has risen due to a fall in meat consumption in Europe which is a beautiful thing!