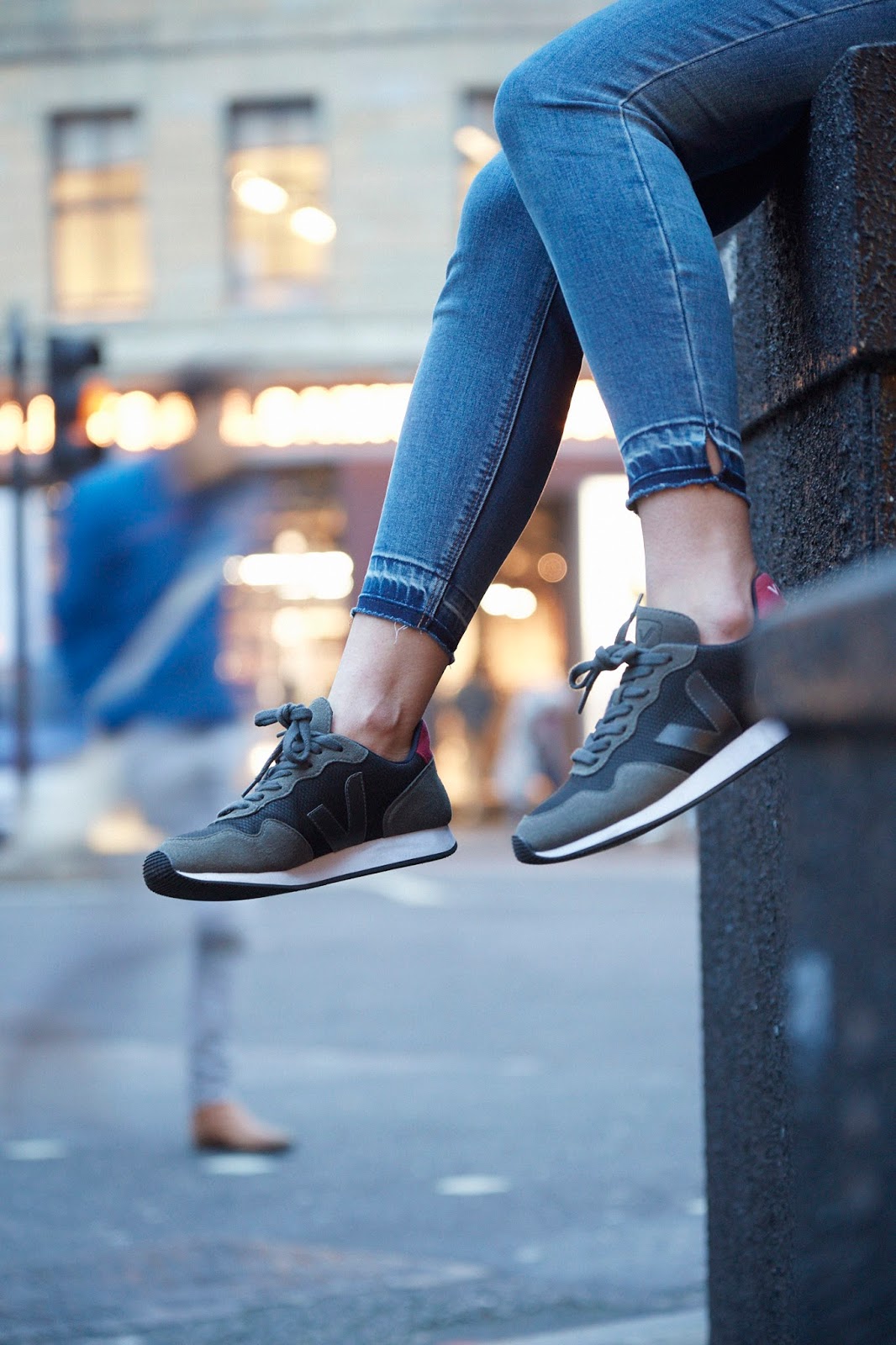 Since VEJA launched in 2004, it has put ecology at the forefront of its creations with care for the planet and her inhabitants considered before profits and popularity. They were the first, and are still amongst the few, who have put unbiased research into ecology and ethics for a product which has gained popularity for its goodness as much as its greatness.

They’re an exemplary brand in terms of transparency, uniting people, planet, and profit in a way most companies don’t dare to try. The positive social and economic impact, as well as the environmental and ethical considerations of their production, tell a tale which far outweighs its potential competitors tenfold, and whether it’s good Karma or just good business they’re making a name for themselves all over the world.

Due to their interpersonal support system and product pride, unlike just about every other brand in the world, they don’t advertise, choosing to rely on word of mouth and their devoted fan base (myself included) to share their story and draw the attention of others.

So confident are they in their creations and supportive of the sustainable community, they’ve gathered their competitors, counterparts, and comrades into one Parisian flagship store called CENTRE COMMERCIAL. A shop which unites the accustomed aesthetics of the shopping experience with conscious culture in a way I’ve never seen successful this side of the pond.

Perhaps the most enduring part is their transparent admission that they don’t yet have it all figured out, admitting with vulnerability there are mountains they still need to climb and imperfect practices they need to adjust or root out. This rare combination of modesty and honesty brings trust and partnership to them, and in turn, has aided in their rise.

VEJA are the innovators, they’re amongst the first brands to create an eco-friendly sneaker which is made ethically, ecologically and have done so by using some of the greenest footwear materials available: wild Amazonian rubber, organic and fair-trade cotton, vegetable-tanned leather,  tilapia-skin waste and now, Vegan B-mesh as an alternative to leather. FROM LEATHER TO B-MESH
We often forget myself included, that veganism and vegetarianism is a privilege. For much of the world’s population, 50% of their protein comes from fish, especially in some of the most food-insecure places like Asia and Africa, where animal proteins are essential for survival. When you earn only a few dollars a day, an 8.00€ packets of tofu and a 30.00€ bottle of supplements are not an option, and thus, the production of fish and meat is a necessity until we of the first world reduce our own consumption and aid members outside our scope of privilege to sustainably harvest alternative food options.
There is no such thing as ‘kind’ leather. And the issues with the mistreatment of animals don’t even begin to cover leather’s evils to species and the planet. VEJA knows and admits this. They buy leather from Brazil, where the majority of their sneaker’s ingredients come from, leather promised to be the bi-product of bovine meat production, but there is no way to know for sure. Meat production is a reality of the world we live in, and until we can eradicate consumption of meat, eradicating leather can’t be done. Ignoring its existence or letting it be thrown away to rot doesn’t respect the animal more.
When VEJA began production of their shoes, they knew they didn’t want to work with plastic, which is a non-renewable and non-biodegradable material derived from oil. They started out with organic cotton, only to discover it wasn’t an ideal fiber for the winter months, especially in their hometown of Paris where the winters are wet and cold. So, they went with leather instead, aiming to source it as a byproduct of the meat industry in Brazil, in full knowledge that leather would not be their long-term material of choice.
Over the years they’ve worked on developing a vegan version, trying to find viable solutions to their production which would protect the planet while protecting animals as well. They were able to create a B-Mesh upper which is made from 15 recycled plastic bottles creating a product which is both breathable, waterproof and void of animal harm. PROPER PRODUCTION
Despite the fact VEJA’s manufacturing costs are 3x higher than their market competitors, VEJA is able to keep retail prices on par. With the money they save on advertising (though not operating on the same scale (yet) Nike spent $3.031 billion on advertising in 2014 alone), VEJA invests cash saved into their product chain instead.
Their constantly evolving collaborative structure works its way semi-circularly, from the organic cotton farmers in northeast Brazil who use traditional farming methods to farm their crops, the seringeiros (rubber tappers) in the Amazon and shoe manufacturers in the south of Brazil (all of whom they pay between 30% and 100% above the world market price) – to working with the Atelier Sans Frontières association in Paris. Each contributor along the product path is treated as a VEJA member and thus treated fairly and with respect.

COMPLETING THE CIRCLE
While VEJA has consciously inspected each step of their production, they haven’t yet closed the loop. Their circular story ends at the shoe as the consumer is unlikely to separate and recycle their sneakers at the end of their lifecycle, VEJA is in the works of creating a recycling program that will do it for them, carrying their product from cradle-to-grave and then assuring it is resurrecting it again and given new life.
HOPE FOR A BETTER WORLD
What VEJA is, beyond a bad ass sneaker brand for vegans and non-vegans alike, is a company which proves that a world where action and admission over rhetoric and greenwashing, is both possible and profitable. A world where open dialogue between customer and company creates a community which can water a state of discovery and growth, because they built solid foundations which were planted with positive intention and are rooted in righteous hope.
YOU CAN SHOP VEJA’s VEGAN COLLECTION ONLINE HERE
** The pair pictured, gifted to me by VEJA at their launch event, are the VEGAN BMESH BLACK GRAPHITE  shoes** 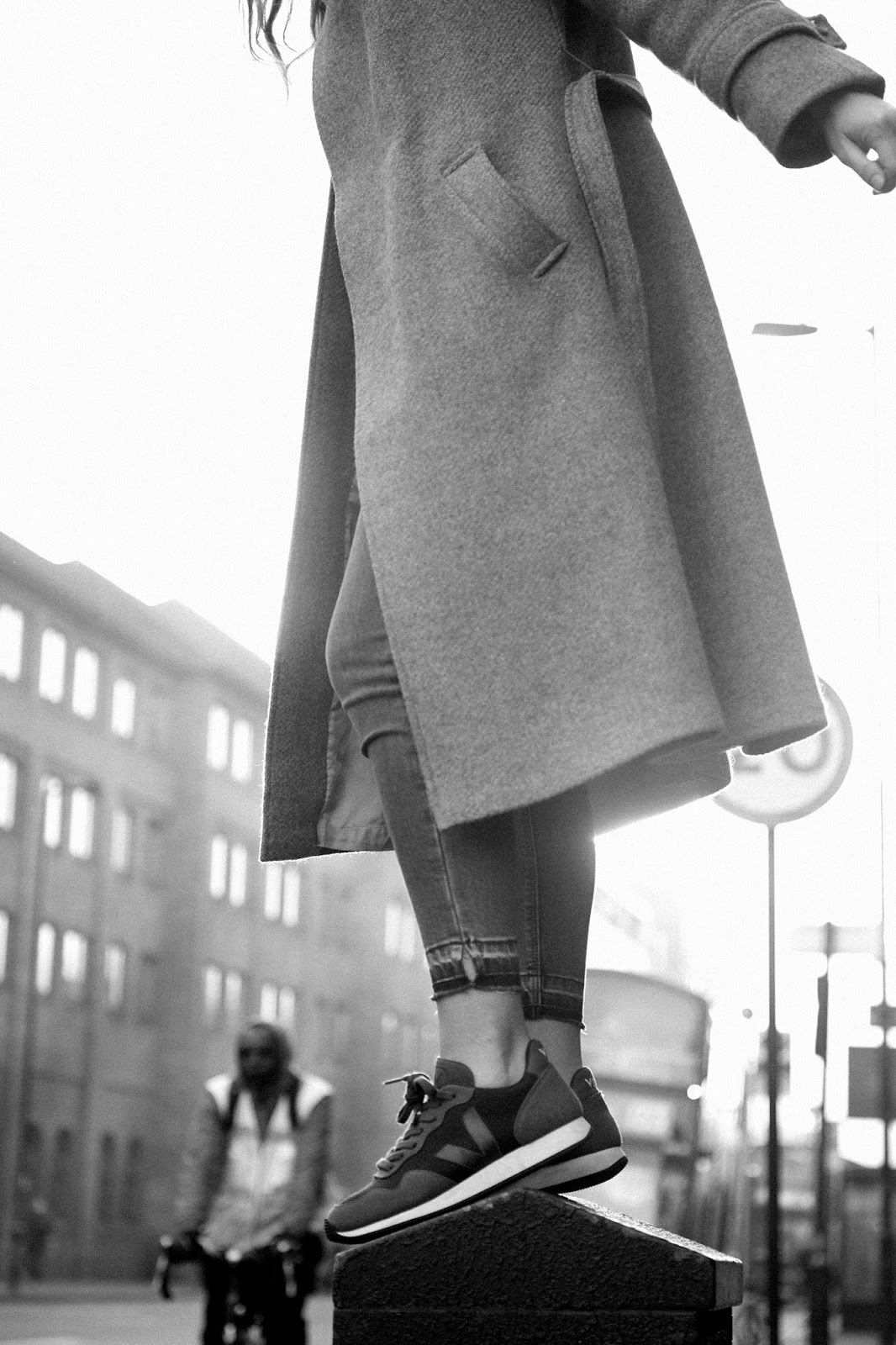 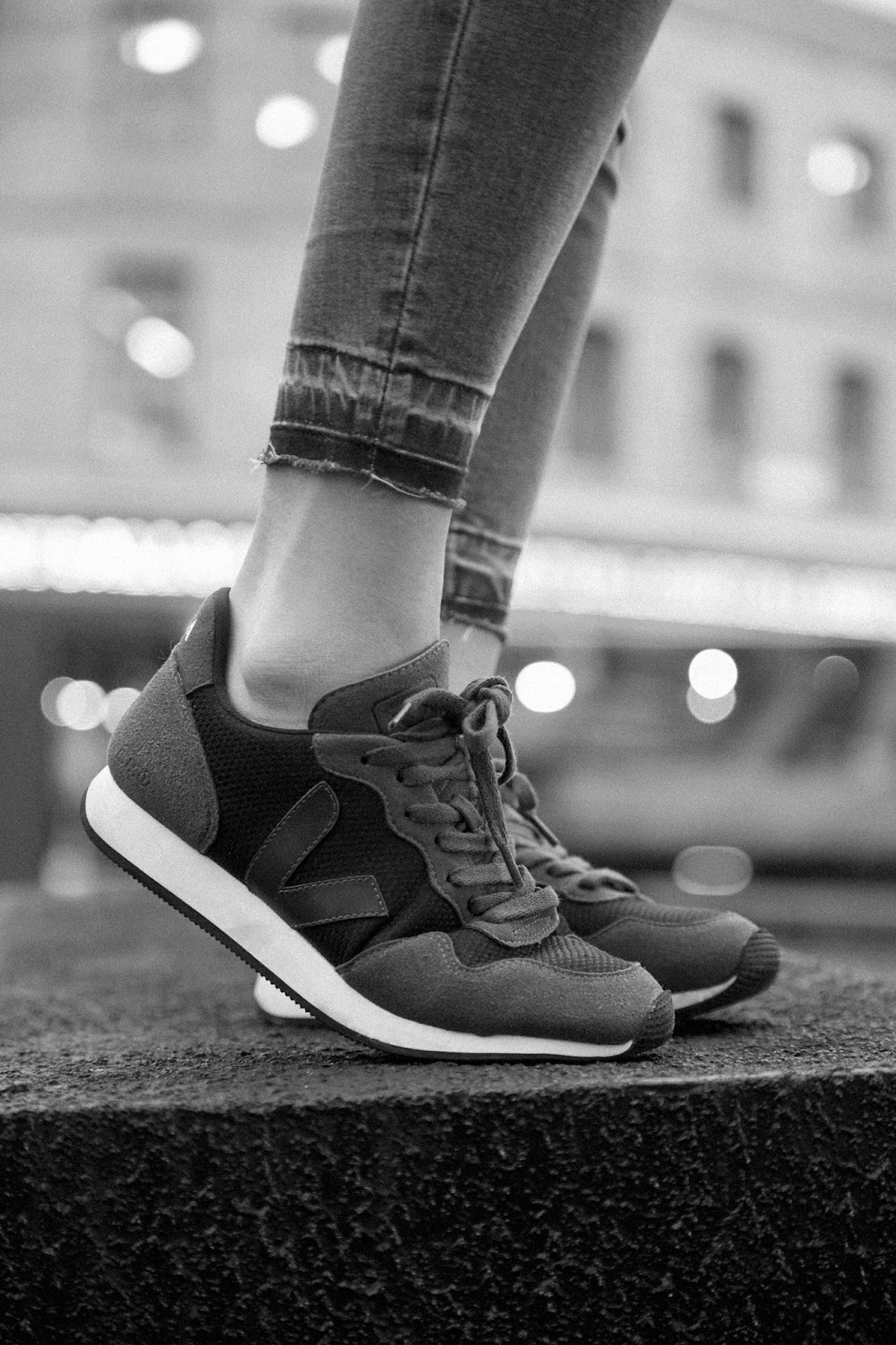