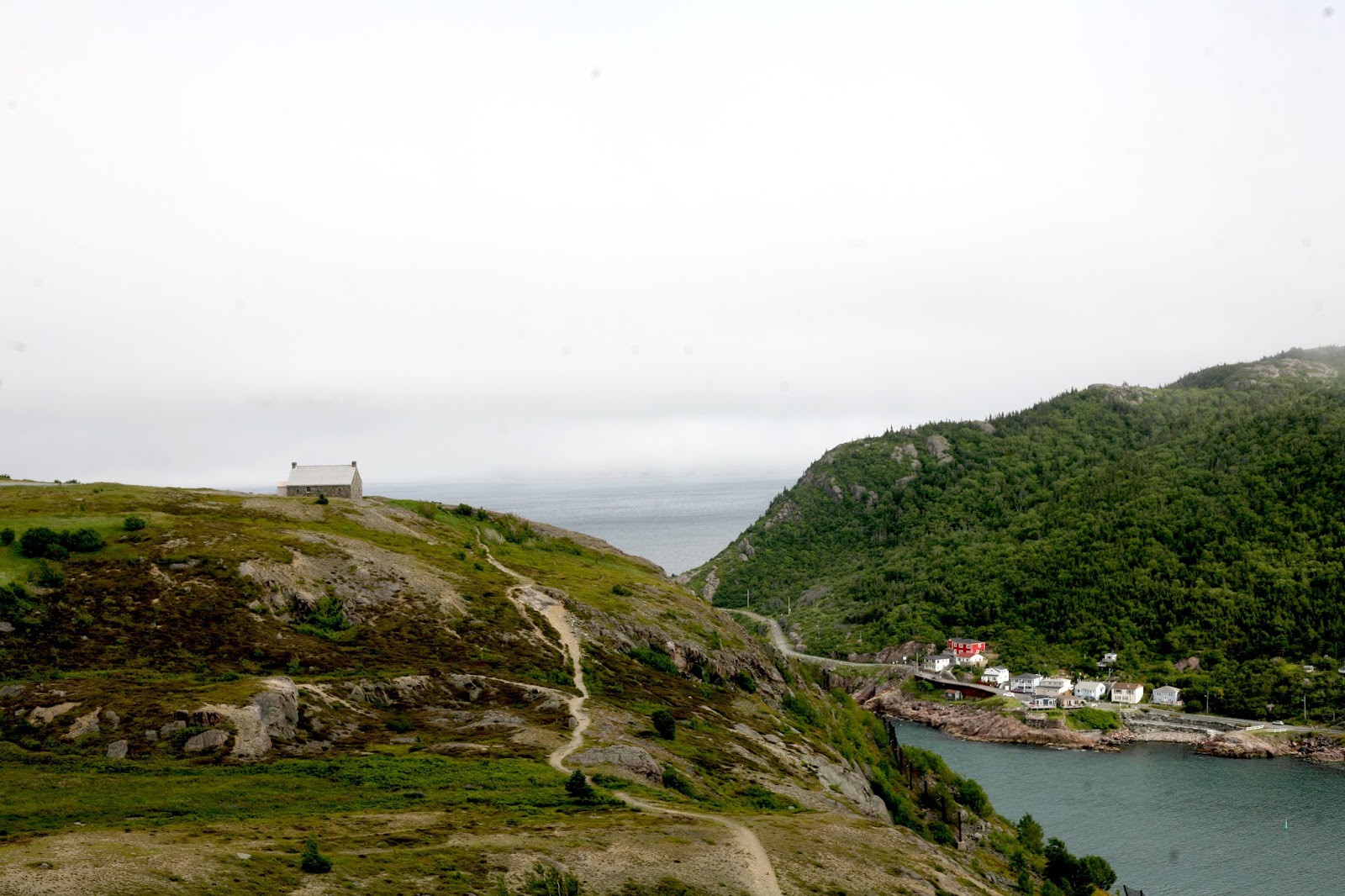 The plane dipped low over the marbled rocky island edged by waters which seemed to cascade from a startling turquoise into a deep blue grey which matched the sky so perfectly it was hard to distinguish the horizon from the ocean. Everything below was so miniature that the flock of seagulls floating gracefully beneath us looked like a flurry of snowflakes, yet their movement still led my eyes to a point amongst the endless ocean in which the colour and texture had begun to change.

A shadow rose from the depths and upon revealing its great mermaid’s tail, sent up a fountain of water which seemed to bubble like a tiny seaborne bottle of champagne before disappearing from sight again. I blinked back sudden tears as I fell back asleep, rocked by the plane’s slow descent onto the island’s seemingly rugged terrain.

While my mum was pregnant with me she had one dream which changed everything. It was of two blue whales, a mum and a calf, swimming gently in tandem beneath the sea. It was a dream which influenced her plans for me, one that remains a symbol of the connection we share, and perhaps of all the things she gave up to keep me. The day I arrived, she announced she would no longer be letting the family who had arranged adopt me have me. She let go of her studies she’d worked so hard for, her plans for the future, and her life as she knew it and became a mum to me. A brave move for a woman who had very little guidance or support apart from her instincts and this one dream.

My trip to Canada was imperfect, as I’ve undoubtedly made known. There were some moments my mum and I got along badly and I wondered why I’d even bothered to come. But as I saw this totem of the love she has always bore me rise up and make itself known, I was overwhelmed with a sense of calm. As if that glimpse could wash away any hurt the trip’s events had stirred within me.

The skies were clear apart from a few clouds and the weather warm. The opposite of what one expects from the seaborne state of an island like Saint John’s. Though there was nowhere to lock cabin luggage up with, I got the info I needed to explore from the kind women at the information desk in the airport and wandered out into the sun to wait for the bus which would bring me into the city of Saint John’s.

There was a couple around my age waiting too, they had been sitting in front of me on the plane and I had overheard snippets of a conversation they were having about forestry conservation as I dipped in and out of consciousness; trying to fill in gaps of sleep deprivation my previous few days of travel had caused.

They were both Canadian, he a Prairie kid like me, from Edmonton, and she a Vancouverite with strong ties to her Welsh origins for which they were heading East to celebrate. Despite our collective exhaustion from the travels which had led us to this place, we bonded on the adventures and discoveries life had brought us thus far and they invited me to join them on their exploration of the city.

I had done a tiny bit of research in my super brief layover in the Halifax airport as the plane we were taking took on more passengers, but knew to just let things flow as they do best in these situations. To discover what felt like being discovered, rather than taking myself on the badly researched internet directed path I’d slightly set out for myself.

The couple I’d been fated to spend the day with were delightful company, both were funny, good hearted, conscious and kind; the type of people a gal like me was lucky to share such a beautiful city and lovely layover, like the one below, with. 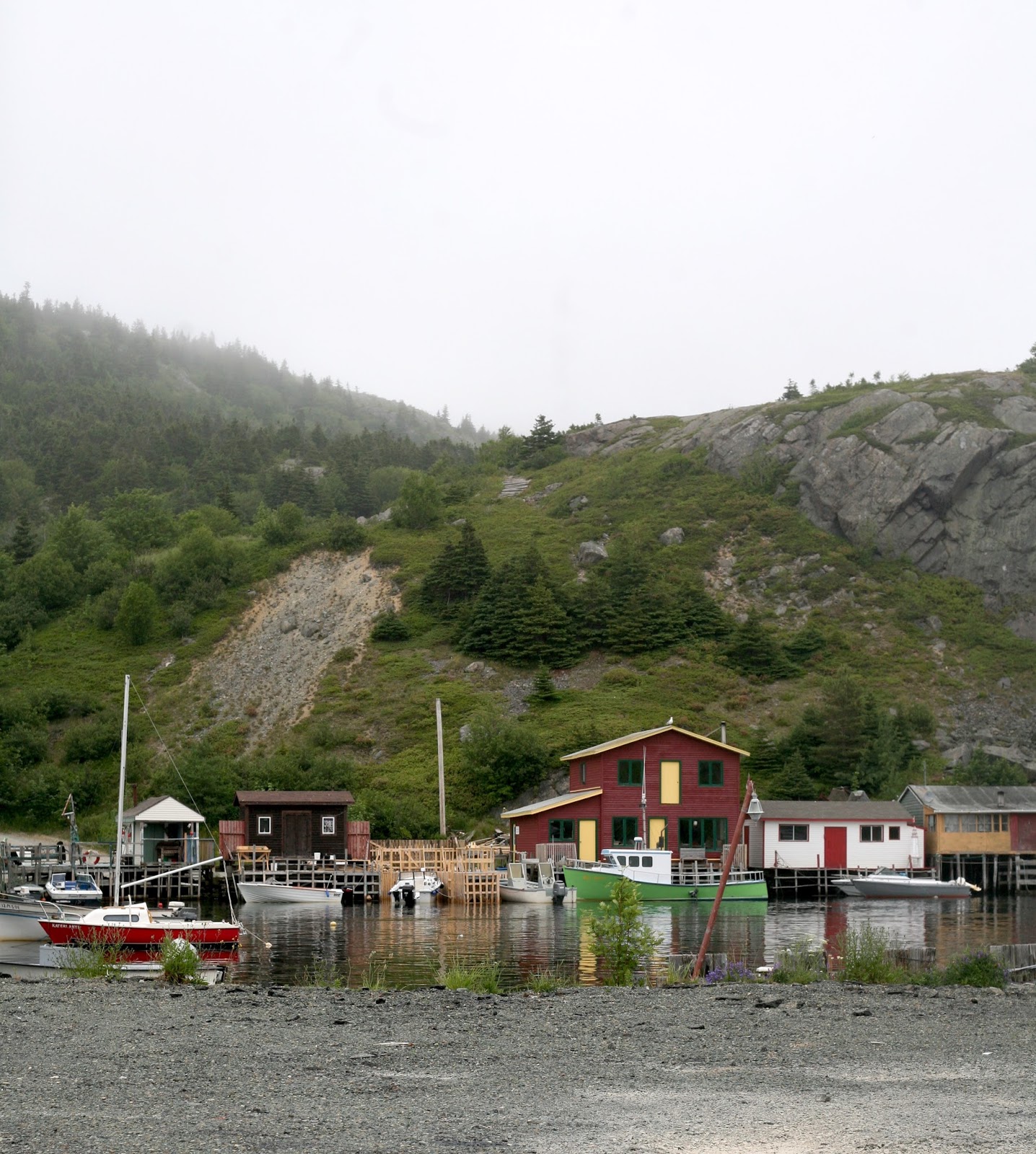 – 7 LOVELY THINGS TO DO ON YOUR SAINT JOHN’S LAYOVER –

AIRPORT TO CITY | Bus 14 & 10
St. John’s Airport is less than 10km from the downtown core. It’s a 15-minute cab ride while the bus ride takes an hour and a bit. The cab is about $25.00 while the bus is $2.50, so depending on your budget, you can make your choice. I myself, along with my new found friends were on a smaller budget and opted for the bus. To get down to town you take the 14 which you can get outside the airport (just ask at the info desk). You’ll ride through Saint John’s suburbs, which were no more or less charming than any other Canadian city, but once you switch buses (to the #10, ask for a transfer when you get on the bus so you don’t have to pay again), you’ll start to see the true charm of the cheerfully painted and ever so stunning city.

MOO MOO’S ICECREAM | 88 Kings Rd
We got off the #10 bus where Military Road meets King’s Road, deciding to aim for the harbour directly leading us down King’s Road. Almost immediately upon turning the corner spotted an ice cream parlour called Moo Moo’s Ice cream. As we approached, a lady who passed by us wholeheartedly proclaimed that their ice cream (which she was eagerly digging into) was like “heaven in her mouth”. Though neither myself nor my companions are particularly good at digesting dairy, we went for it anyway. Their ice cream is made on location and the shop is completely locally owned and operated, it’s so popular in in Canada that it made Buzz Feed’s ’23 Places To Get The Most Mind-Blowing Ice Cream In Canada’ roundup, and while this was the first ice cream I’ve had in years, their Turtle Cheesecake flavour is worth the trip to Saint John’s alone.

FIXED COFFEE | 183 Duckworth Street
After our ice cream adventure, we continued to wander down King’s Road marvelling at the pure charm of the place and came up on one of the coffee shops I recognized from my previously mentioned 15min Halifax search session, so we popped in for a gander and a coffee. It’s a cosy and creative space with delicious direct trade coffee, freshly-baked goods and a menu made up of entirely locally-sourced food from a nearby farm. A large (what would now be considered ‘vintage’) TV sits on the floor playing old movies from the 80s, and the walls and windows house prized relics from the past alongside upcycled creations and awesome illustrations. If we’d had more time to spare, I could have sat there all day reading, but the sun was shining and there were wanders to be had, so once we’d finished our brewed beverages we moved on to see new things.

BROKEN BOOKS | 183A Duckworth Street
As we wandered down the stairs towards the harbour we were immediately met by a bookshop with an intriguing name. As it turns out, the only independent new-bookstore in Saint John’s is owned by an affable and interesting chap who quit his teaching job to curate the shops eclectic and enjoyable mix of beautiful books, magazines, zines and gifts.

SIGNAL HILL | 230 Signal Hill Rd
The lady at the info desk in the airport had told me to take a ‘tram’ (which is literally a bus dressed up as a tram, halloween styles) up to Signal Hill, but we decided instead to walk and it was so visually charming I was grateful for it. A kind employee of a hotel which shall remain nameless let us keep the hand luggage, which until this point been dragging around, in the hotel luggage room, making the climb all the more easier. As if on queue, the fog began to roll in as we came nearer to the top of Signal Hill, giving us only a brief glimpse of the beauty of the city accompanied by the slightly startling roar of cannon fire brought our attention upward towards the perch where signalmen once surveyed the ocean for ships headed toward the city’s port. Signal Hill is surrounded by a completely walkable 5 km of trails which offer views of the sea complete with fishing boats, whales and jumping porpoises, along with a forest of trees which were quite literally full of eagles (and their babies).

MALLARD COTTAGE | 8 Barrows Rd
If you follow the North Trail Head you’ll reach Quidi Vidi, a gorgeous fishing hamlet, which holds one of the most popular restaurants in town, Mallard Cottage. The building itself is recognized as a National Historic Site of Canada because it has the honour of being one of the oldest buildings in North America. Mallard Cottage has built a reputation for offering a delicious array of local wild game, seafood, and produce, but we hadn’t been able to make a reservation, which they suggest you do before you arrive in Saint John’s (we weren’t able to get a seat and it was a 1.5hr)

YELLOW BELLY AND UNDERBELLY SPEAKEASY | 288 Water Street
As we weren’t able to get into Mallard Cottage and we were worried about time, we grabbed a cab to the only place in town Mallard’s hostess thought would for sure have space for us on such short notice. Her suggestion was YellowBelly, which according to their website is the province’s only gastropub. They serve an array of fresh beers, seafood and wood-fired pizzas along with other hearty goodies which were effortlessly enjoyed after all the wandering about. 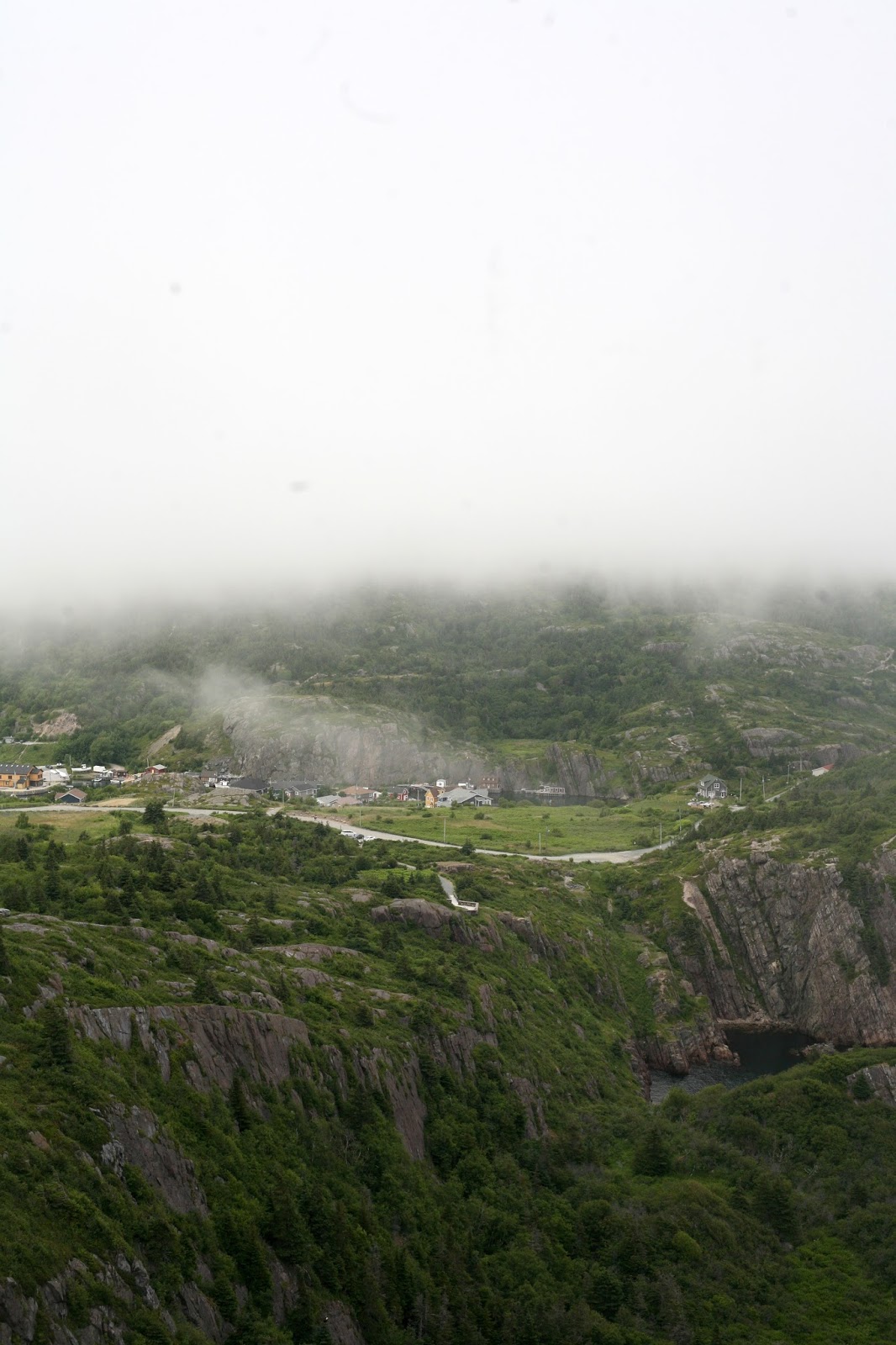 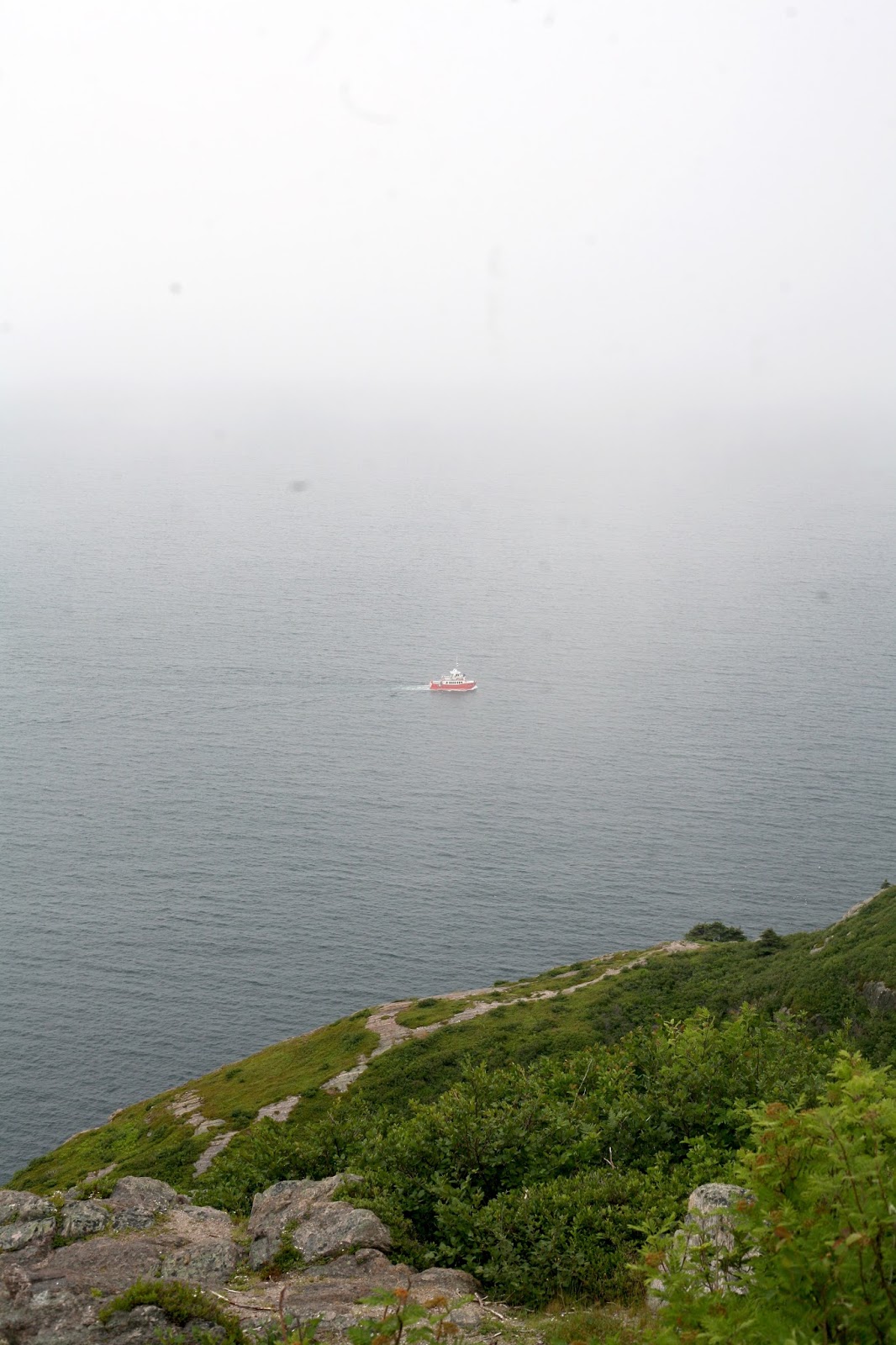 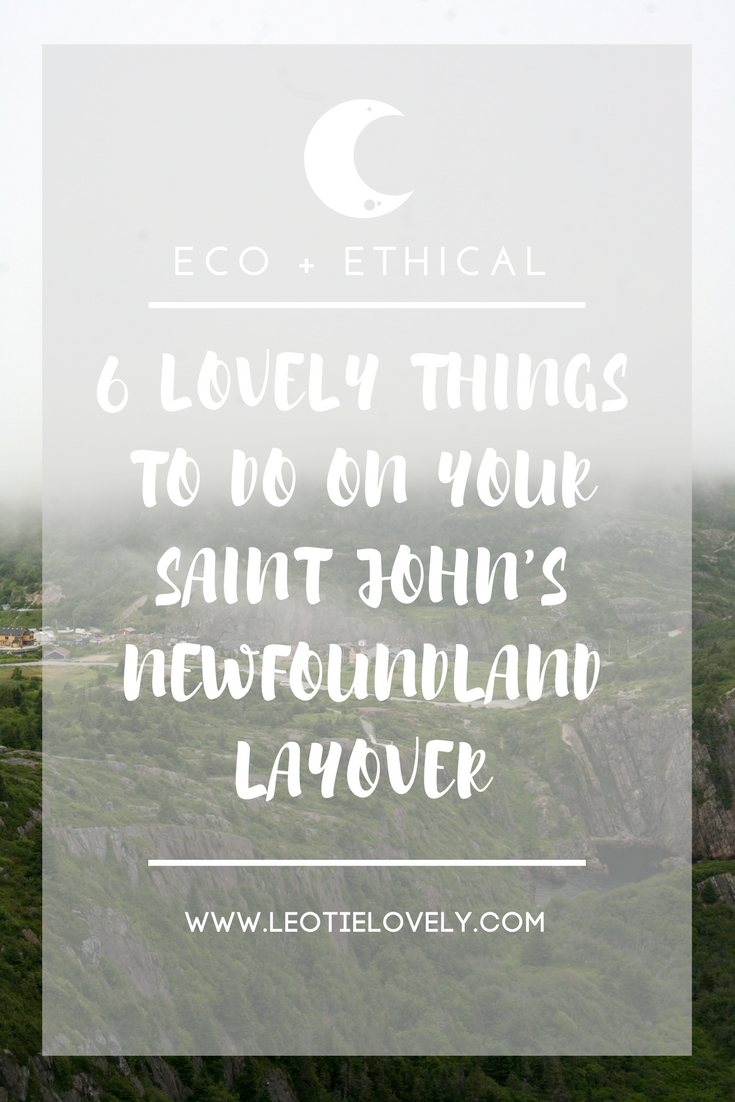