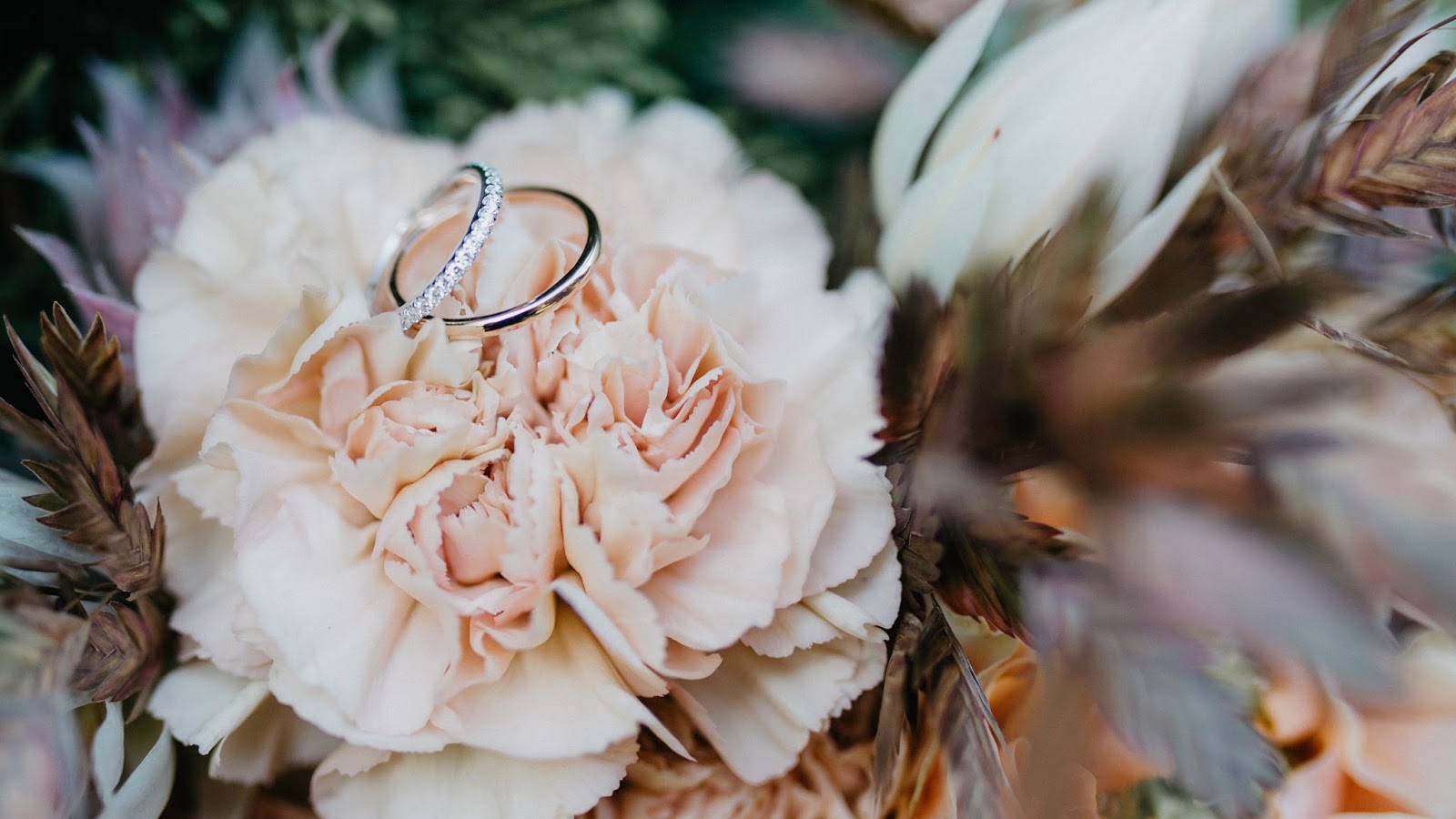 Most of us haven’t heartily considered popular pieces of jewellery like engagement or wedding rings, given with so much love and positive intention, could hold stories of intense violence, worker exploitation, and environmental devastation behind their creation. Nor that even those diamonds certified ‘conflict-free’ by the likes of the Kimberly Process are still tainted by war and horrific human rights abuses.

To understand the issues diamonds cause, you first have to understand how they’re procured, and how we taint them with our greed.
ONE. ECOSYSTEM DEVASTATION
Each year, over 150 million carats of diamonds are extracted from the Earth through mining, and with it, removing precious topsoil which cannot be replaced.  Just to give you some perspective, for one 1.0ct rough diamond (less than you’d find in the average engagement ring), over 1750 tons of earth has to be extracted. To do so, diamonds are mined in two rather alarming ways:
1) OPEN-PIT MINING: a process which creates vast craters in the land as miners blast their way through the surface of the landscape to reach the primary deposits of diamonds pushed up from the bowels of the earth through volcanic pathways called pipes. This creates holes in the earth so big they can be seen from outer space.

2) ALLUVIAL MINING: ‘Alluvial deposits’ are found in water, washed downhill from erosion and weathering of the volcanic pipes, offering diamonds in riverbeds and ocean shores. Here, shorelines are bulldozed or the sand is pumped, disturbing marine soil and marine life and eroding the sea walls.
TWO. FORCED LABOUR
It is estimated that one million diamond diggers in Africa earn less than a dollar a day in horrific conditions where miners are denied even the most basic human rights. Diamond mining is hardly regulated and workers are provided with very little education or safety equipment to do their work, making awful accidents like landslides, mine collapses and other atrocities frequent. This series of mistreatments the industry is known for, are not just limited to adults alone. It is estimated that 218 million children under the age of 18 work in diamond mines worldwide, 126 million of them in hazardous forms of work. Child labour is so regularly practised that one survey of diamond miners in the Lunda Norte province of Angola found that 46% of miners were between the ages of 5 and 16.
To add to the already indecent wages, forced labor is also a regular occurrence in which both adult and child victims of human trafficking are forced to work involuntarily as slaves.
THREE. TRADE TRANSPARENCY
The supply chain from diamond extraction to final retail is complex and unregulated, and diamonds may be traded multiple times before they reach the cutter or polisher, making each diamond’s origins difficult to trace. Human Rights Watch recently investigated the policies and practices of 13 major jewelry brands from the industry’s largest jewellery companies and found that most rely on the assurances of their suppliers without verifying claims that human rights abuses are not being made.

FOUR. LAND RIGHTS
Battles over land rights in all forms of mining have been an ongoing and destructive part of all stone and metal extraction. In a culture where profit over people and the planet is the norm, battles over land rights most often result in local communities losing out as governments lean in favour of the money mines promise. In Zimbabwe, for example, the government has been accused of forcibly displacing villagers to make way for diamond mining, while in Canada, Indigenous peoples land, way of life and treaties are exploited by the drive to dig for diamonds.

FIVE. VIOLENCE
In the past two decades, seven African countries have endured brutal civil conflicts fueled by diamonds causing over 3 million deaths in Sierra Leone, Liberia, Angola, the Republic of Congo, Côte d’Ivoire, the Central African Republic, and the Democratic Republic of Congo. In these wards, horrific crimes against civilians, including massacres, rape, torture and beatings have occurred in a bid to control diamond mining operations.
WHERE TO BUY YOUR DIAMONDS

DELGATTO | IDoNowIDont who sponsored this post combats the harms diamond extraction and processing causes by acting as a middleman on the secondary market. They buy and sell fine diamonds, jewellery and watches, each one verified for authenticity by a third party, to ensure all your glitter is as genuine as it is green. If you’re in the market for diamonds, visit DELGATTO | IDoNowIDont to ensure the purchase you make causes no further harm. 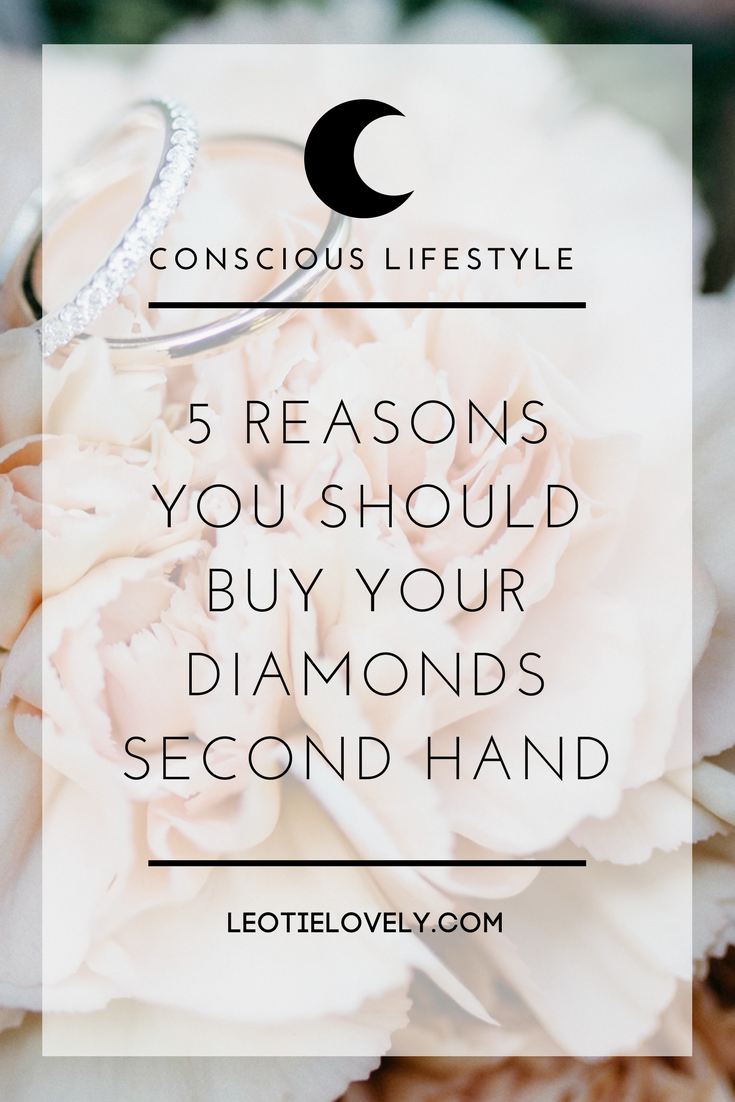 PHOTO: Sweet Ice Cream Photography on Unsplash
SPONSORED POST: This post was sponsored by DELGATTO | IDoNowIDont. The story, including all content, experiences, suggestions and opinions, are my own. It is with the support from companies like this that I am able to continue researching, writing and sharing these sustainable stories. I’m most grateful for both their support as a brand and yours as a reader.