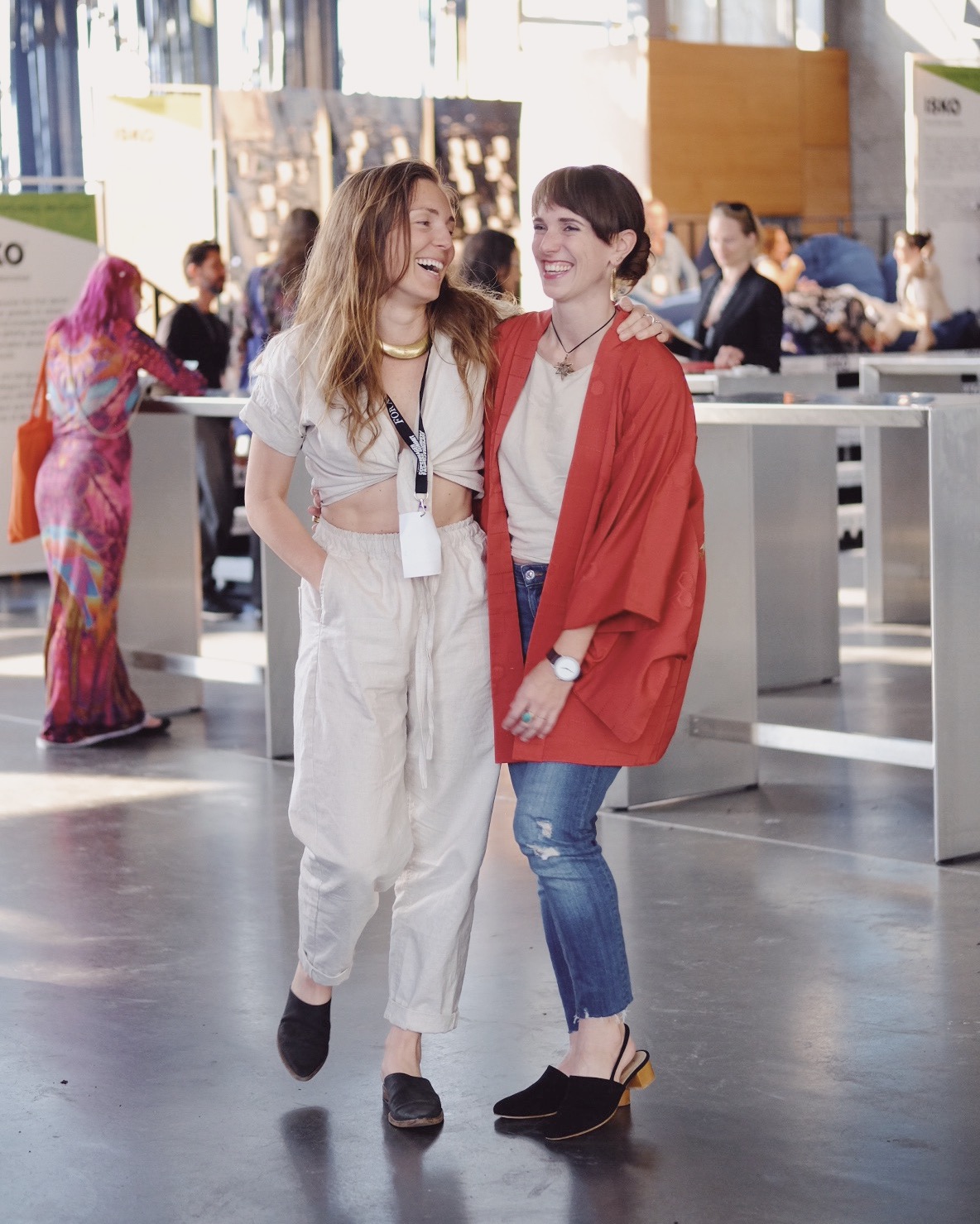 The stars of the summit for me weren’t big brands or big celebrities, they were honest humans saying and doing honest human things …

The Copenhagen Fashion Summit has brought attention to the issues of sustainability in the fashion industry since 2009, creating a safe space for the largest non-sustainable brands on the planet to uncover the innovations and changes which need to be made.
It’s an undoubtedly imperfect assembly of minds, where small brands are pushed out of participating by price, and big brands – many of whom are sponsors of the event – have their voices heard despite a general lack of progress and odd emittance of vulnerability in terms of transparency which can make some panels feel more like an extended advertisement than a conversation on growth and discovery.
For the informed, the summit can create a feeling of hypocrisy that is hard to fight. It does not immediately feel like progress, yet the needle seems to be wavering forward, and this minute movement is powered by a corporate rise in consciousness fueled by conversations which up until recently the majority of the world’s most polluting brands were not willing to participate in. 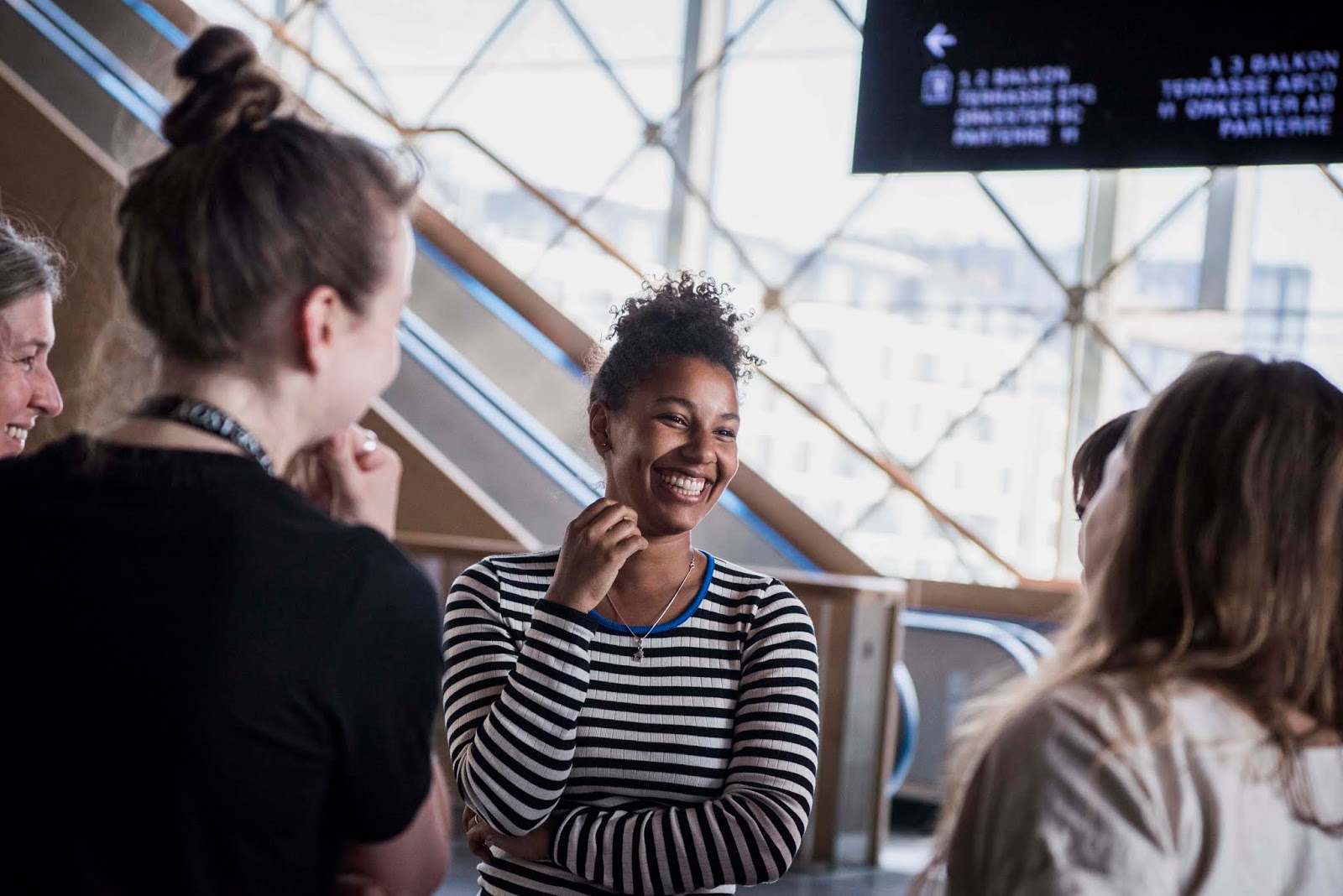 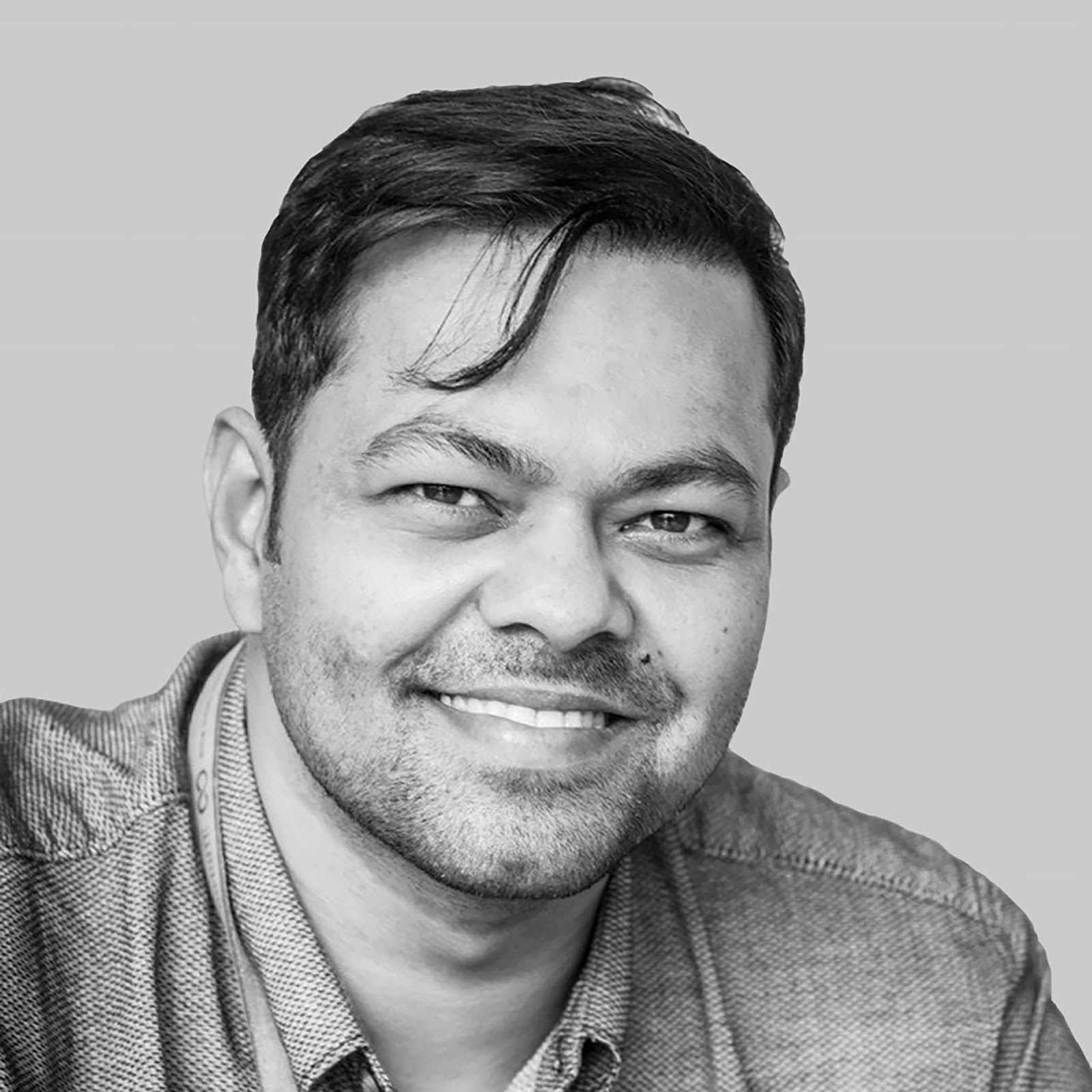 The first panel, on the first day (watch it here), was themed around transparency. A buzzword of the industry. The panel was made up of both innovators and brands including Amanda Nusz, vice president of product quality and responsible sourcing at Target Corporation (**A sponsor of the summit), Frouke Bruinsma corporate responsibility director from G-Star RAW, Orsola De Castro, founder and creative director of Fashion Revolution Day, and Mostafiz Uddin managing director of Denim Expert Ltd and founder and CEO of Bangladesh Apparel Exchange who caught everybody’s heart as he boldly scolded the brands in the audience and beyond.

There are a number of issues halting the mass unveiling of brand’s innermost workings, and the cause is kind of the same things that make us uneasy to undress in the public eye as well: competition, shame, disempowerment, vulnerability, surplus … ect. If you humanize the brand, you enhance your empathy, and while some brands might not be deserving of it, you can’t enhance theirs towards those they harm without it. When the expectations are high, the perception of failure is also, and since these mega-brands don’t have to participate, if we make it too frightening or uncomfortable for them they just won’t.
Alden Wicker of Eco Cult shared a good example with me of how backwards it is to punish brands for their vulnerability after I grimaced at the idea of giving the likes of H&M et al. any forgiveness for their transgressions. When Changing Markets Foundation published their study Dirty Fashion they called out H&M, Zara and Marks & Spencer for polluting the environment … but they were only able to do so because they had asked the brands for transparency, and rather than hiding their issues, the brands had responded with honesty and were publically shamed for it. Yes, what H&M, Zara and Marks & Spencer are doing is wrong, but by them sharing the issues, solutions can be uncovered and become manageable. If we can’t publically see the specific structure existing behind say, Forever 21, Topshop and Free People, it’s going to be a lot harder to fix.
Mostafiz Uddi appealed to brand’s empathy in the panel on transparency as a member and leader of the Bangladesh industry by challenging them with his honesty:
“If you are not transparent [you should not be able to] produce. You have no right to pollute the water, you have no right to take people’s lives. If you are not transparent, it should be that you cannot produce clothes”.
It is clear that in order for transparency to work in a meaningful way, larger brands need to essentially force the rest of the industry into cooperation by paving the way in policy and legislation to ensure that all brands are held accountable equally, reducing the risk to the brands who go out on a limb to unveil their happenings, or invest in incomplete or imperfect change in parts of their supply chain, are not cut down, but instead encouraged to push further. Like a kid doing badly in school, sometimes you have to coddle them with encouragement rather than shame them with frustration.
The structure of the beast has to change systemically and one of the many issues the summit didn’t cover was the financial breakdown of the shift, and Mr. Uddin was the only person to bring it up. It’s about turning the triangle round (you can read my piece on this theory in Fashion Revolution’s Zine here).
“This is something that many people may not like you have to pay for it. Ladies and gentlemen, nothing is free in this world. You can laugh at me, but this is the truth. Are you going to pay for the transparency? Is the consumer willing to pay? Who is responsible for educating them? I cannot educate. For me, the biggest barrier to transparency: cost. Somebody has to pay for it.”
Here’s a hint: it’s gotta come from brand’s profit margins, not Bangladesh’s garment workers and not from consumers. The margins have to shift in favour of the planet and the people who contribute to the garment’s creation cradle-to-cradle. With the current structure, it takes a garment worker 18 months to earn what a brand CEO makes on their lunch break, making it clear why stagnant stalls are rife and legislation to push compliance is the only way to right the wrongs of industry in this life.
________________________________________________________________
JEFF DENBY // RECOMMERCE
________________________________________________________________ 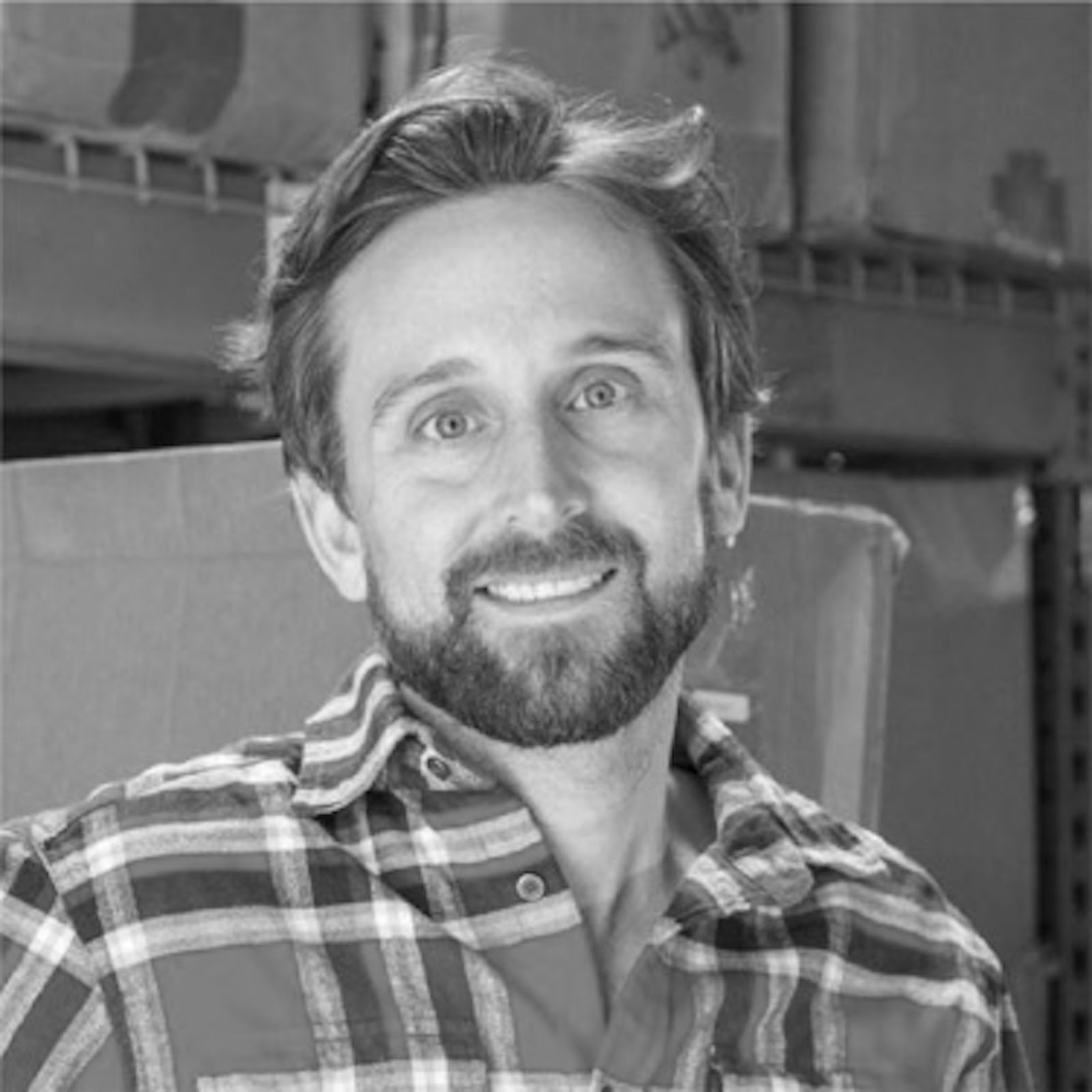 This was probably my favourite panel of the summit (you can watch it here), featuring Giulio Bonazzi of Aquafil (** A sponsor of the summit), Bert Wouters from Proctor and Gamble, Sébastien Fabre from Vestiaire Collective, Jeff Denby from The Renewal Workshop … and the human who inspired my sustainability journey in the first place, William McDonough who wrote the book Cradle-To-Cradle.

In this panel, Jeff Denby, who is the co-founder of popular organic apparel brand PACT, shared the tale behind his newest project, The Renewal Workshop. Currently, it is a single factory outside Portland, Oregon, where apparel brands can refurbish their unsellable inventory to create a new sustainable category of renewed apparel which will perpetually restore the value of excess, damaged, returned or abandoned product, giving conventional brands reach in the recommerce market and bring added value to their garment’s lifecycle. Essentially creating a space in which expensive activewear and clothing could become more affordable than even fast fashion’s current offerings.
One of the other subjects Alden from Eco Cult, Alison from Ally Bee and I were talking about over one of the lunch breaks at the summit shadowed this subject slightly. We wondered if by some magic worldwide legislation and policy comes into effect forcing every brand around the world transform to an ethical and sustainable model driving prices up and we see the death of fast fashion at long last, then the price of newly manufactured clothing will rise out of the current reach of consumers of H&M, Forever 21 and the like. Probably in the price range of say, Patagonia … which is not something everyone can afford. Since we’ve been overproducing clothing for over a century, the second-hand and vintage marketing will undoubtedly be just fine. But the creation of a renewed apparel will add an affordable element – which will be essentially new and also affordable – meaning the lower and middle class won’t be left out of buying new, or rather new to them / us.
________________________________________________________________ 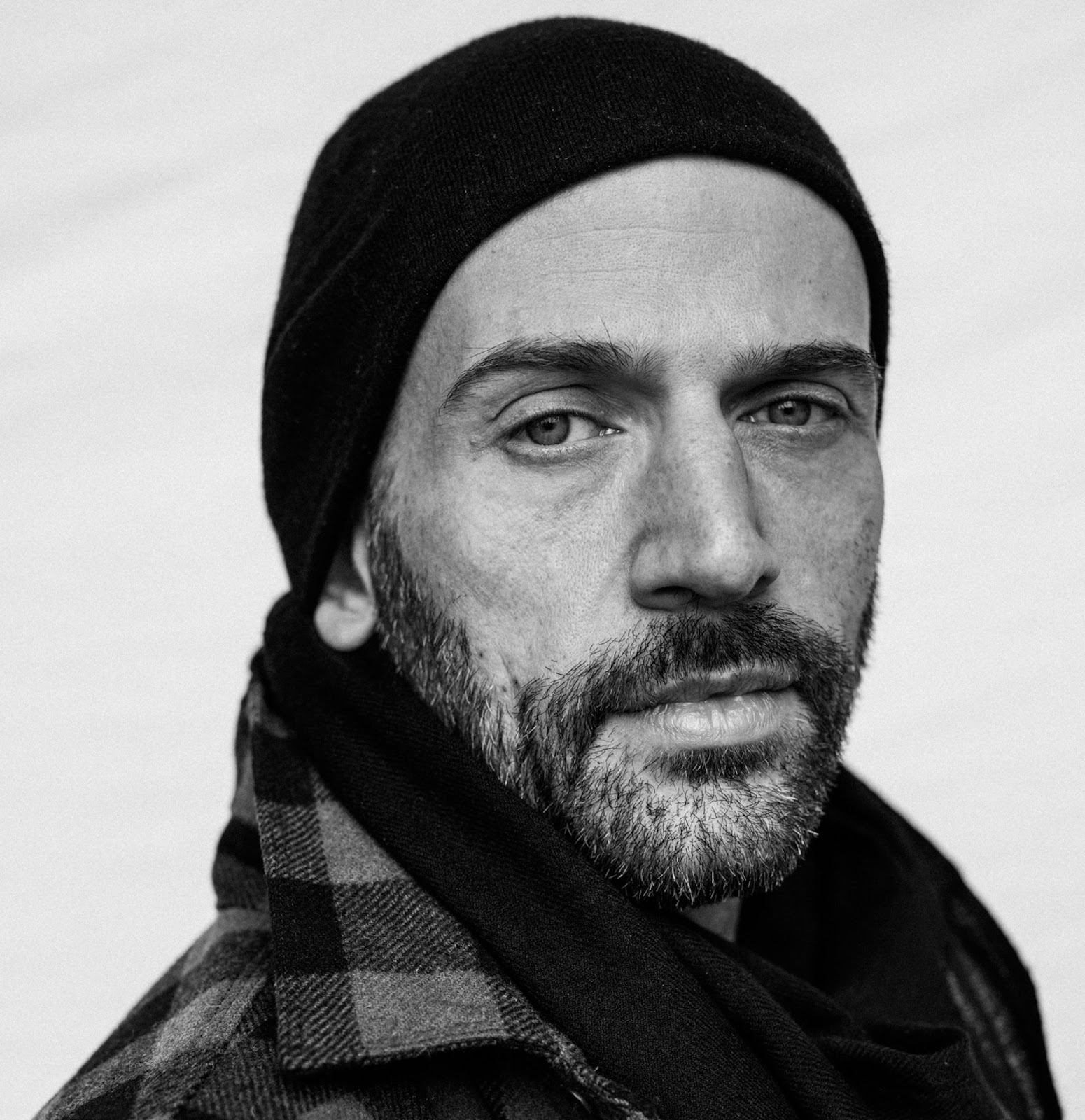 Another panel I found awesomely inspiring was on the second day and focused on ‘The New Textiles Economy’ (you can watch it here). It featured Paul Dillinger, vice president and head of global production innovation and premium collection design at Levi Strauss & Co, Julie Wainwright, Founder and CEO of the REalReal, Cecilia Stromblad Brannsten, environmental sustainability manager at H&M group and Ellen MacArthur, founder of The Ellen MacArthur Foundation.

Ellen McCarther commenced the panel discussion by reminded us that of the 53 million tons of clothing which are produced each year, 87% of are incinerated or end up in the landfills before they’ve hit their 13th month of life. But it was Paul Dillinger of Levi Strauss & Co who really put it into perspective by asking pointed questions to himself and the crowd:
“This forgives the worst of our behaviour by decoupling growth from impact … The circularity thing makes it so we can double our business without worrying about things like straining water systems around the world. Well, in fact, no. Circularity isn’t going to be the mechanism that will constrain our productivity … It is so hard, it is so precise…that it’s going to be the thing that may actually constrain our industry to an appropriate scale. If 6 out of 10 garments we produce end up in a landfill or incinerated within the first year of production, should we have made those six? … What moral excuse do I have to be making these 6 extraneous things that are going to be thrown away when four is good enough, and how much better would could the four have been if the six had never been made?”
________________________________________________________________ 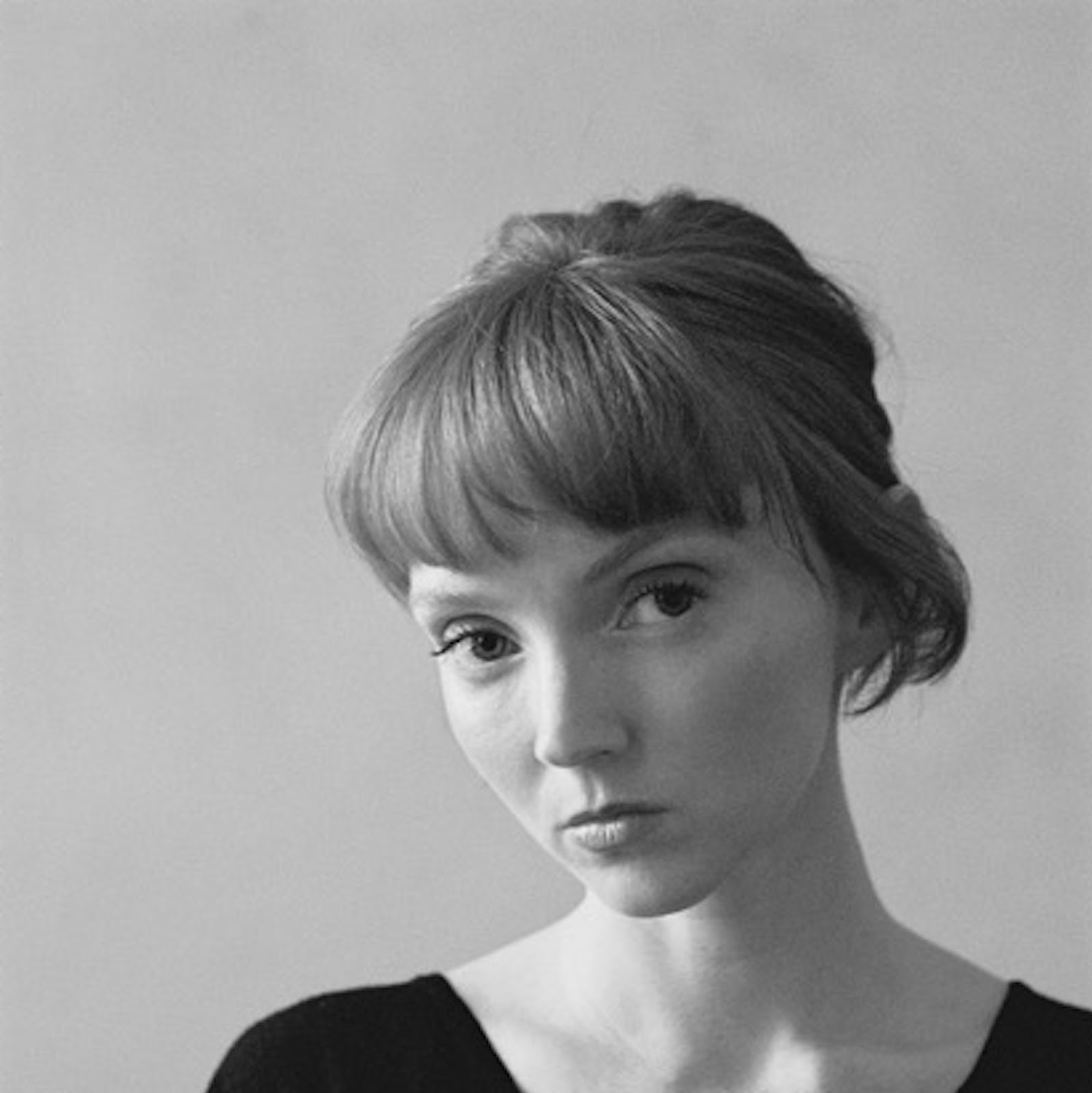 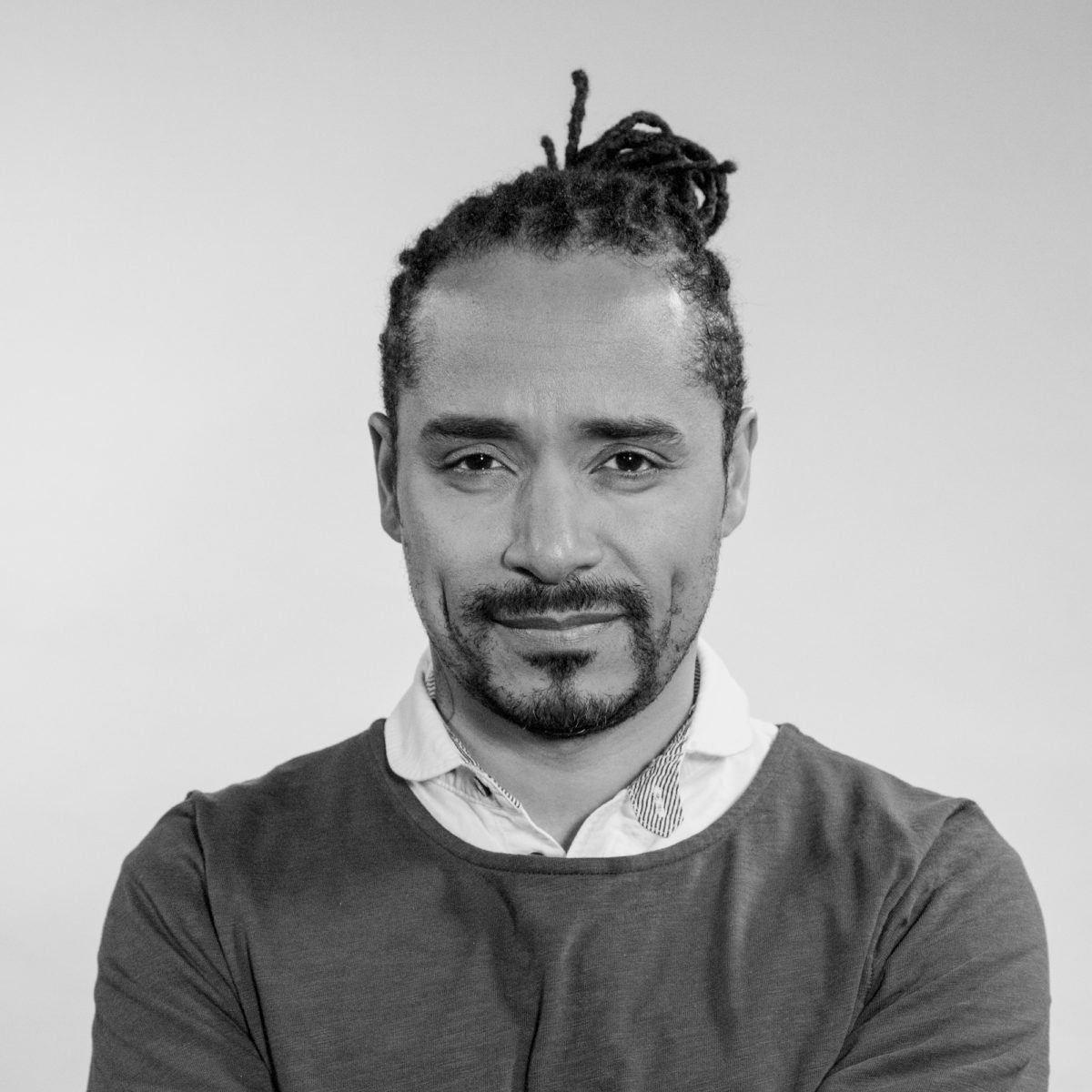 I’ve written this out in order of appearance, and you’ll see why I put this disclaimer once you watch the painful and improperly cast panel Dio Kurazawa was a part of. On which he was the only person really versed on the subject of sustainability.

If they’d let him finishes his sentences, or perhaps introduced what he does properly before letting the other chaps contribute, it would have made more sense why David Sinatra, CEO of Stussy, David Fischer, founder and CEO of High Snobiety, and Tobia Sloth of Norse Projects were on the stage. It wasn’t until I had researched Dio’s company in depth three days later that the panel’s make up started to make sense.
And it’s a real shame, as the audience was more concentrated on the fact the only man of colour to be asked to participate in the entire summit, was also the only human on any of the panels who was not included in the conversation until 16 and a half minutes into a 23-minute discussion. Even once he was asked questions, he was constantly interrupted by David Fischer, who with all my blessings to him, messed up the intention of the panel up entirely.
Not a soul left knowing what the point of it all was and the audience was genuinely angry at the exclusion of another human in a summit about sustainability visibly dominated by white men already.
It’s even more frustrating because the project Dio has created, The Bear Scouts, is ingenious in terms of genuine tactics on how youth-centric brands can transition towards sustainability without all the public pains H&M has felt. It’s completely understandable to have imperfections experienced along the way, and what The Bear Scouts does is work with independent brands to help them implement sustainable practices through socially responsible supply chains by creating collaborations in which sustainability becomes inherent in the brand’s growth. Setting a tone, the same way all fashion does, by making it cool. Sort of sneaking sustainability in as a norm the way Norse Projects does (see, now we come round to why he was there), and Stussy is in the midst of transitioning to (why Stussy was on the panel) in which accusations of ‘greenwashing’ won’t be a part of that brand’s experience, because they won’t be marketing themselves as sustainable, they just will be the new normal.